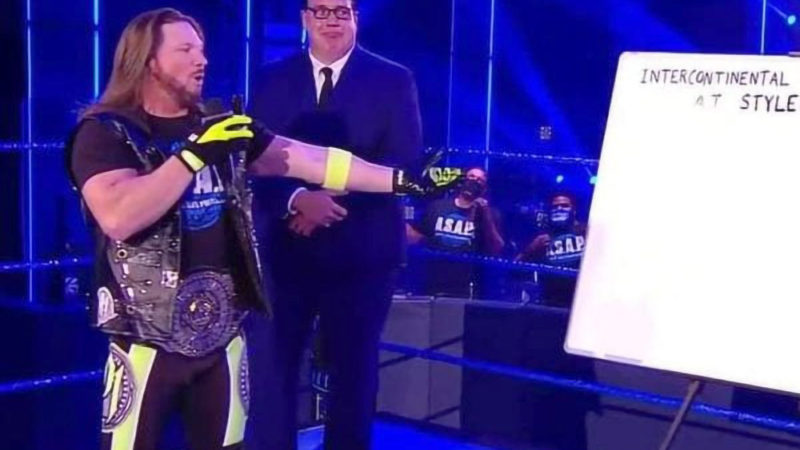 AJ Styles kept Joseph Parks as he worked in the role of his analytic person. However, Styles eventually dropped Sparks and after that, he brought in Omos as his enforcer.

Parks and Styles worked together on numerous occasions during their time in TNA wrestling. The two clearly had good chemistry with each other and worked well together.

Styles spoke to TalkSport, where he explained that he stopped working with Parks in WWE as he is a “power puff.” He desired a person who could properly protect him and that is why he hired Omos.

“Yeah, I think that was [cool to watch] for everyone that used to watch TNA. You understood what was going on there. But, Joseph Parks is a bit of a powder puff. If I need someone to handle my business side, I’ll get Joseph Parks. Right now, I need Omos to be by my side. Listen, there’s a lot of guys that will not only stab you in the back, but knock you down and step on you. Omos is there to make sure that doesn’t happen,”

Styles is scheduled to challenge Drew McIntyre for the WWE Championship at WWE TLC today.