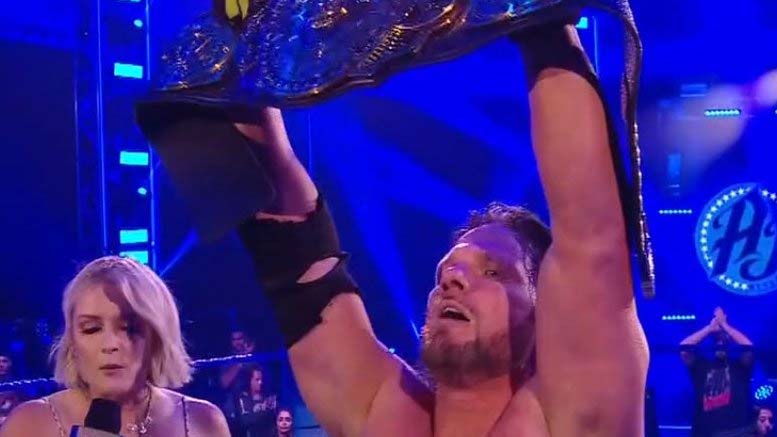 Due to the COVID-19 outbreak, Sami Zayn did not risk appearing for the Smackdown television tapings. As a result, WWE stripped him of the Intercontinental Championship. A tournament was held for a new champion and on this week’s episode of Friday Night Smackdown, a new champion was crowned.

AJ Styles and Daniel Bryan squared off against each other in the finals of the tournament. The tournament was not without controversy, which includes Jeff Hardy’s DUI storyline. It resulted in Elias being written off of television.

Styles and Bryan had a solid match, where both of them displayed their in-ring prowess. They traded blow for blow and it was a very even match. The final moments of the match saw AJ Styles hitting a Phenomenal Forearm for the victory.

So Styles is the new Intercontinental Championship. This marks his first reign with the title.