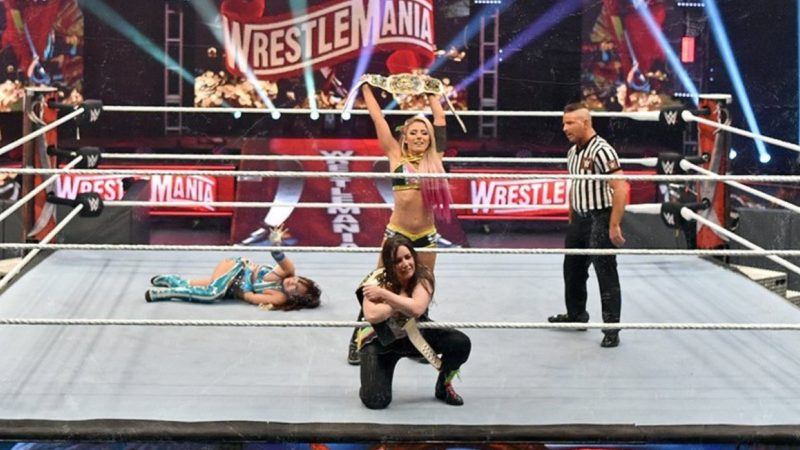 Ronda Rousey has divided the wrestling community after an appearance on Steve-O’s Wild Ride Podcast. The former RAW Women’s Champion stated that she loved WWE and all the women she shared the locker room with, but couldn’t deal with the negativity of the WWE Universe.

Rousey’s comments gained her a lot of backlash from her comments, specifically when she called professional wrestling fake. Several Superstars have addressed the situation, from Nia Jax to Lana. Now, Alexa Bliss has stepped up, claiming that what Rousey said was offensive to the entire women’s locker room.

Here’s the thing. I want to start off saying I have a lot of respect for Ronda. I do. We get along great. I just said this already, and I’ll say it again, I don’t like when people use the F-word, when people say fake, because what we do is not fake.

She’s accomplished a lot in MMA. She came into our business and everyone was more than accommodating, more than wanting to see her succeed. It’s kind of that thing where it’s like this is a two-person thing. Every match that we have, y0u’re only as good as the person that you’re in the ring with.

Bliss went into how serious the world of professional wrestling can be, especially with the possibility that any moment in the ring could be your last. She had a rough scare a few years back due to a series of concussions that could’ve ended her career.

It’s offensive to everyone that has had injuries, and myself included because I’d gone in the company six years witouth having a single injury. And then I ended up having a whole documentary based on multiple concussions that I wasn’t even sure I was going to be cleared to ever be in the ring again.

Nia Jax recently spoke about Bliss’s injury from late 2018, alluding to a certain Superstar tossing Bliss around “like a ragdoll.” While she never named the other competitor, most believed it to be Rousey.

Despite that, though, Bliss stated that she would like to work with Rousey in the future.

She’s a star. We always wanted to make sure that we highlighted that. My whole thing is if you’re not going to be the star in the company, you’re going to want to work with the star in the company because that means you’re getting that opportunity as well. So I wanted to work with Ronda. I had a great time working with Ronda. If she comes back, that would be amazing. I’m sure we will all work with her again, and it’ll be the same and just ask her to limit the use of the F-word.

You can read the full interview from Sporting News here.