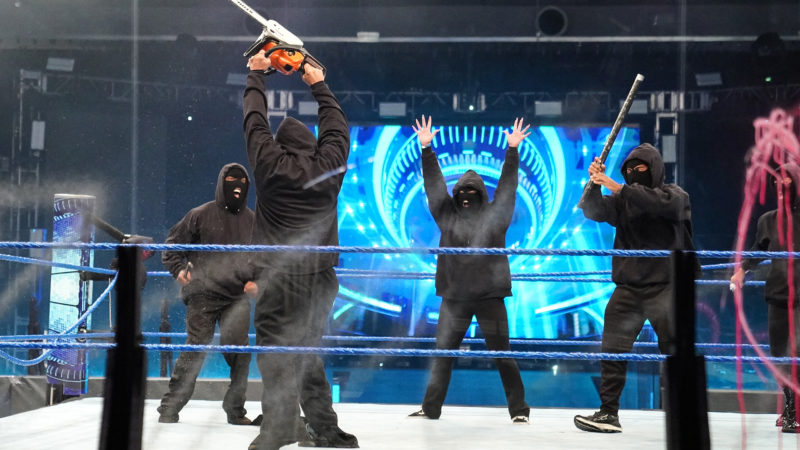 WWE teased a new stable during last week’s episode of Monday Night Raw and the faction called Retribution made their debut on the following episode of SmackDown.

Since then there have been a lot of speculation over the names who were behind the masks during the SmackDown segment and what it could mean for the group’s future.

However, Dave Meltzer of the Wrestling Observer revealed during the Sunday Night’s Main Event podcast that the stars who were used for the angle were placeholders and the actual members of the group will be revealed later on.

There has been some speculation of NXT stars Tommaso Ciampa and Dominik Dijakovic being involved in the angle after their twitter accounts were blacked out last week but there is no word on if the two events have any connection.

As we noted before, the WWE officials aren’t planning to reveal the name of the stars immediately and they are being very secretive about the information on the members of the group.