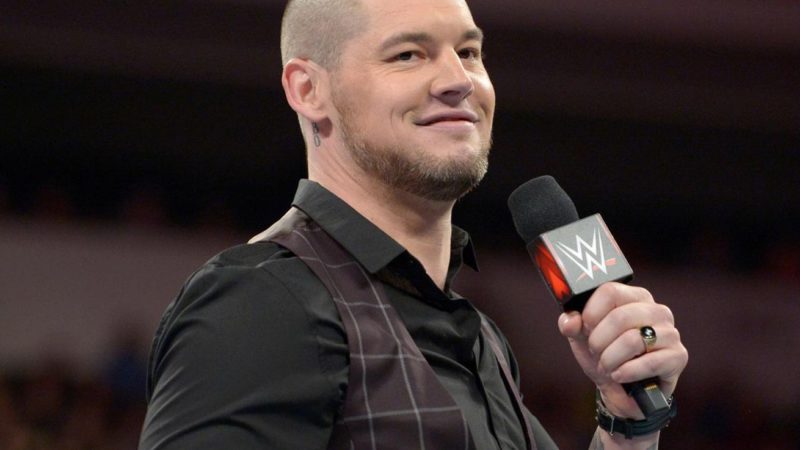 Baron Corbin has cemented himself on the roster as one of the natural heels after getting genuine hate from the WWE Universe. The former NXT member recently talked on cutting off his hair and his old costume while donning the “Constable Corbin” persona on Cheap Heat With Pete Rosenberg.

Corbin mentioned that it was very hard to wrestle in the collared shirt as it would often rip off or shrink which made it difficult to move his body around freely. He said:

“It was the worst. That collar shirt, it took me like 6 tries to find a collared shirt that I can function in,” Corbin said. “The first one, I threw a punch and then it exploded. The second, I started sweating and it got tighter and tighter; it was horrible. The jeans would get heavy when covered in sweat, but the dress shirt was rough. It just sticks to you and it’s hard to move. I go to Express like every 4 weeks to buy 5 $90 shirts. The cheap ones were awful, you wouldn’t be able to breathe; the nice ones were reusable. I would get like 3 or 4 TV episodes out of one, but I can’t use it for all the live events because they would start to shrink a little bit once you wash them.”

He also went on to mention how difficult it was for him to maintain his old long hair. He also mentioned that the Gorilla Position could become a tricky place when all the leaked conditioner and lotioned pooled together. He stated:

“It was that time [for it to go]. And also, it’s a nightmare having the long hair because, first of all, you are pouring like 40 gallons of conditioner in there all the time when you are wrestling, otherwise, you are going to choke and die on it,”

Gorilla position floor is like a death trap in that vicinity because there is lotion and conditioner all over the floors, so if you have to run into gorilla late, with those last few steps you have to be careful. It’s a dead giveaway when you are out in public and have long hair.