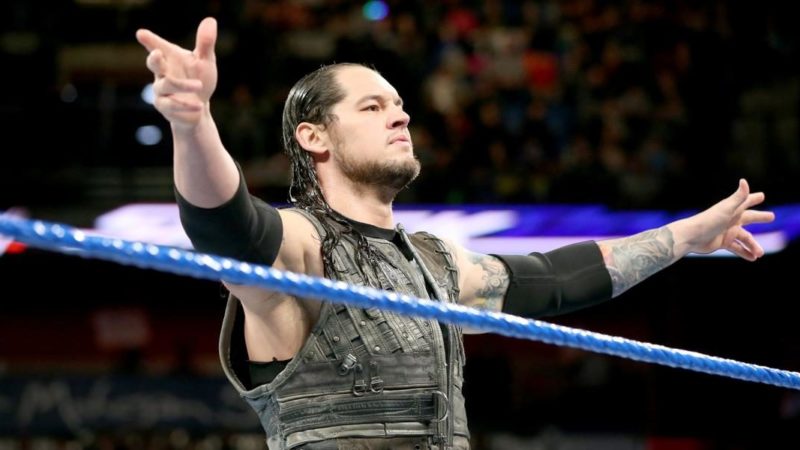 Sasha Banks, Bayley and Mickie James gave their predictions for tonight’s Fatal 5-Way Elimination Match at WWE Battleground. Tamina, Natalya, Lana, Becky Lynch and Charlotte will square off tonight to determine who will become the #1 contender for the SmackDown Women’s Championship currently held by Naomi. Mickie James chose Natalya, Bayley went with Becky Lynch and Sasha Banks predicted either Tamina or Natalya will win the match.

.@itsBayleyWWE shares her thoughts on #WWEBattleground and the #Womens Fatal 5 Way. pic.twitter.com/VXbIiHmAbw

WWE uploaded a video of Baron Corbin arriving at the Wells Fargo Center earlier today for WWE Battleground. Corbin stated that after he takes care of Shinsuke Nakamura tonight, he will being paying attention during the Punjabi Prison Match for the WWE Championship. Corbin said that maybe there will be an opportunity for him tonight to walk out of Battleground as the new WWE Champion.