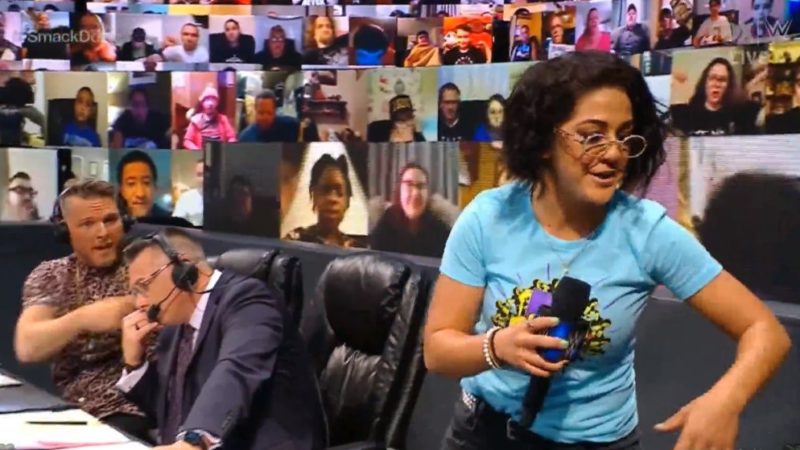 Michael Cole botched again tonight, accidentally calling Bianca Belair ‘Belenca.’ Bayley was on commentary as well, and buried him for the mistake, calling him an ‘idiot.’ Tony Khan Told A ‘Con Man’ To Quit WWE During Smackdown.

A former Smackdown female star, Billie Kay, was on Busted Open Radio today, and discussed The IIconics breaking up.

“I think splitting us was — I [think] they thought they knew what they were doing by breaking us up but I don’t think they really understood it because we are different,” said Kay. “Individually and together, it’s night and day and I think for entertainment purposes, it’s just so different and after they split us up, we were struggling.

I had no idea who I was. You just took away not only my best friend and my tag team partner, but she was like my comfort zone, my support system and that was kind of stripped away and I was like, ‘I — huh, I don’t know what I’m doing. Who am I?”

With @itsBayleyWWE on commentary, @BiancaBelairWWE looks to continue her winning ways on #SmackDown, as she goes one-on-one with @CarmellaWWE! pic.twitter.com/JWVkBWcVUZ