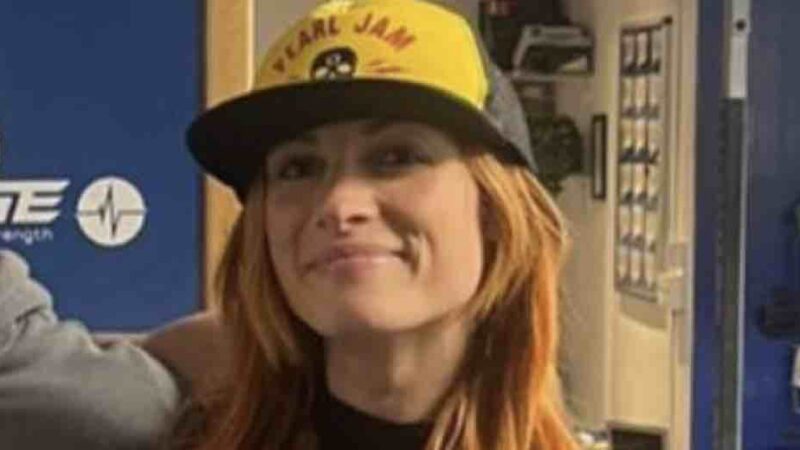 It would appear that Becky Lynch packed up her United States Visa (or Green Card) and headed back to her homeland – a place populated by Leprechauns and locals who drink too much at the local Inn. Yes, Becky Lynch was spotted (not in the gym) back in Ireland and in training. Some speculate this is for her in-ring return. But to which company? WWE or AEW? After all, this is professional wrestling. No one knows from whence the wind blows…

Ringside News reports that Becky has been out of action since SummerSlam. She separated her shoulder during her match, which put her on the sidelines for several months. It seems that The Man, although she is a woman, is getting ready to come back.

Ringside News recently reported that Becky is likely going to be the fifth member of Bianca Belair’s team at Survivor Series: WarGames. This makes sense since it looked like Becky had just turned babyface prior to her injury at SummerSlam when she came to the aid of Bianca Belair who was about to be attacked by Damage CTRL.

To add more fuel to these already towering inferno of rumors, Becky posted a story on Instagram that showed her training along with James Swan of The Edge Gym. This post has only intensified the rumors even more that Becky Lynch could be returning soon.

Although Survivor Series: WarGames is only a few days away, Bianca Belair is yet to announce the final member of her team. In fact, she promised fans that she would disclose her team’s final member this Friday on SmackDown.

We will have to wait and see if the final member of team Belair turns out to be Becky Lynch.

There you have it folks. I guess the only way you’ll know is by watching Survivor Series: War Games.