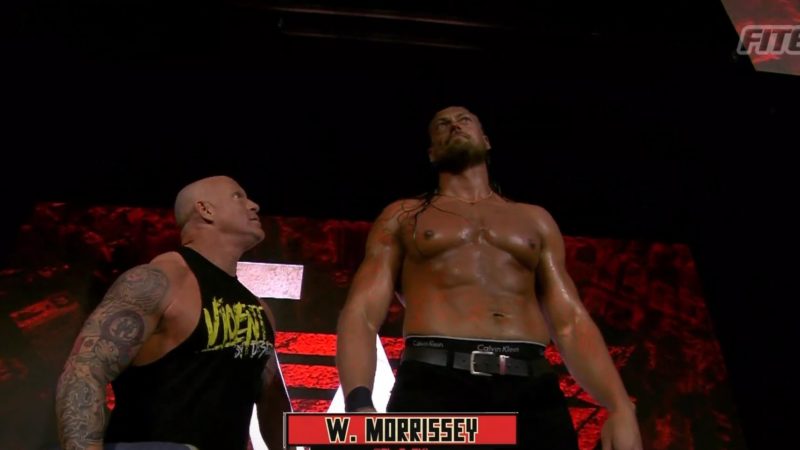 Everyday is like Impact Sunday! W. Morrissey, the former Big Cass debuted during this year’s Impact Rebellion pay-per-view event put together by Impact Wrestling. Morrissey debuted as a replacement for Eric Young during an eight man tag team match which featured the team of himself, Joe Doering, Deaner, & Rhino defeating the team of James Storm, Chris Sabin, Eddie Edwards, & Willie Mack. Although it should be noted that the signing of Cass did not come as much of a surprise. The ex-big Cass would get the pin for his team by hitting Mack with a big boot then a sitout swinging side slam.


After the match, noted wrestling journalist and editor of Figure Four Weekly, Bryan Alvarez took to social media via Twitter to comment on the debut of the newly branded Morrissey by stating that he now looks completely identical to 2021 men’s WWE Royal Rumble winner and former WWE Champion, ‘The Rated R Superstar’, Edge. It is easy to see the similarities as Alvarez proclaimed: “It’s uncanny how much the former Big Cass looks like a GIANT EDGE.” Edge recently sent a bold message to this top WWE superstar.

The official Twitter account for wrestling news outlet, WrestleZone also commented on the debut of Morrisey by discussing how much bigger he is in comparison to current Impact Wrestling talent. The outlet tweeted: “Morrissey just dwarfs everyone else in the ring. He’s even that much bigger than Doering and Willie Mack

It's uncanny how much the former Big Cass looks like a GIANT EDGE.

Morrissey just dwarfs everyone else in the ring. He's even that much bigger than Doering and Willie Mack #IMPACTRebellion pic.twitter.com/ZBAfq0aCS6