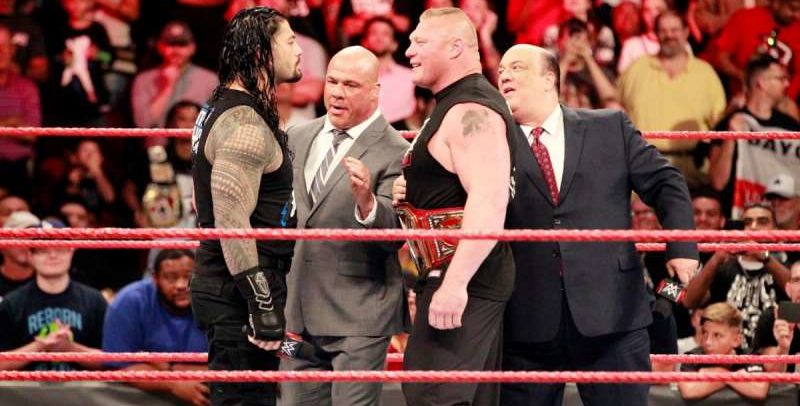 Air Canada Centre, the official venue for the August 7th episode of Monday Night Raw has confirmed that The Beast Brock Lesnar will be appearing on the show:

THIS JUST IN: @WWE Universal Champion “The Beast” @BrockLesnar will be live in Toronto at RAW on 8/7!! @MLSELIVE @HeymanHustle pic.twitter.com/7Q9bJmwhnC

While there is one more Raw episode scheduled between now and the mentioned show, it’s not very likely that Brock will make an unadvertised appearance on it.

So it’s pretty much confirmed that the Beast will make his return to WWE programming during the August 7th show next month, which will be 2 weeks prior to the SummerSlam PPV.

This will be the first time Lesnar will appear on WWE TV since the fatal four way match for the Universal Championship has been announced and it’s possible we may see a confrontation between Brock and his three challengers upon his return.

It’s worth noting that amidst the talks of Brock Lesnar possibly not re-signing with WWE after WrestleMania 34, there are rumours of him dropping the Universal title at SummerSlam.