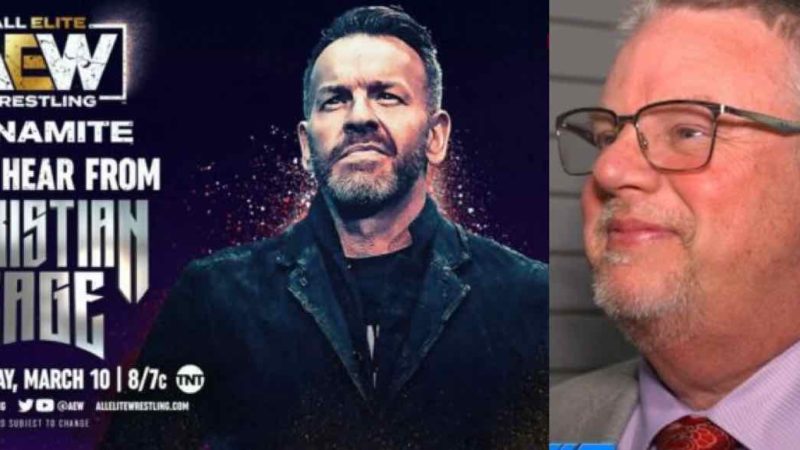 Bruce Prichard’s Brother Love to become Brother Angry? During the most recent edition of the ever-popular ‘Something to Wrestle’ podcast, Prichard got a bit testy and steamy and host Conrad Thompson pressed the Executive Director of WWE Raw and Smackdown over the fact that All Elite Wrestling and it’s talent won the majority of the Wrestling Observer Awards, including Promotion of the Year, Best Weekly Show of the Year [Dynamite] and Wrestler of the Year [Jon Moxley]. A top WWE diva recently reacted to this Bruce Prichard disrespect.

In addition, AEW’s Tony Khan won Promoter of the Year, over Prichard. Thompson would name off the winners of each category prior to this week’s episode, off-air. Wrestling-Edge transcribed their comments.

Prichard: You know [Conrad], I’m going to stop talking to you pre-podcast. You anger me. I know what you do, I know. This is what I had figured out, I had figured it out. I am mad at you!

Thompson: You aren’t really mad at me, you’re mad at the Observer Awards this year.

Prichard:
Fuck that shit – I am mad at you.

Thompson: Because I brought it up.

Prichard: Yes. You sat there with a shit eating grin on your face, you went through shit and it hurts. It hurts inside. When you laugh that hard, your innards begin to hurt.

Thompson: Which one was the most egregious for you?

Prichard: I’m not even gonna comment on it. That was thirty minutes of my life that I am never getting back.