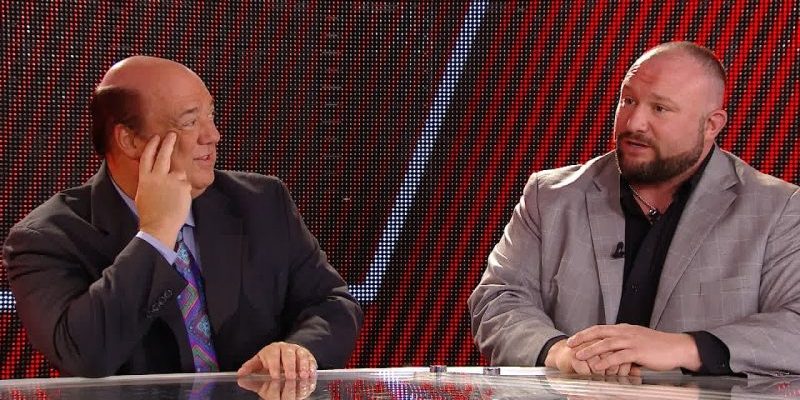 The former Bubba Ray Dudley, now known as Bully Ray, said Paul Heyman must have been a ‘mental mess’ during the botched finish to Roman Reigns vs. Kevin Owens at the Royal Rumble.

The Rumble was very entertaining. Kevin Owens…no matter when KO gets handed the ball? He finds a way to score with it. This is tailor made for him, he loves this stuff. Roman stepped up to the plate, whether you get Roman in a regular wrestling match or these Last Man Standing matches? He is shining through.”

“Every once in a while, something goes wrong. Something that you try to make sure won’t go wrong, but it just happens, it’s a broken play. And in that moment in time either something was wrong with the key or the lock. And I know people are harping on the second referee coming in and starting to count.

Actually, that’s what the referee HAD to do, he has to start counting. The problem is that he stopped counting. He got to five and realised, ‘Paul still doesn’t have the cuffs off.’ So, in that moment in time. What do you do? How do you cover it up? It is an absolute split second decision. So what the WWE did, they panned out. They got the referee out of the shot, and they focused on the handcuffs.

Roman was able to squat and get on his feet and Corey graves did a phenomenal job of covering it up, saying, ‘well, Roman is in a seated standing position.’ People took to social media so hard about that it’s almost like they were looking for the WWE to fail. And they found that moment in time to go ‘there, you see! That ruined it all! The booking, the creative, the psychology! It was all ruined, all ruined.’

How in the hell can you take that performance of those guys busting their asses and throwing their bodies around, this that and the other, and then harp on a mistake that is extremely difficult to cover up?

Nobody’s anticipating the key not working. And those guys are trying to stay cool, calm and collected. You have no idea the panic that runs through your mind when that happens. Paul was most likely, from what I know of Paul Heyman, a mental mess when those cuffs wouldn’t come undone. And you have to stay in the moment, not freak out.”

Thanks to SEScoops for the story.