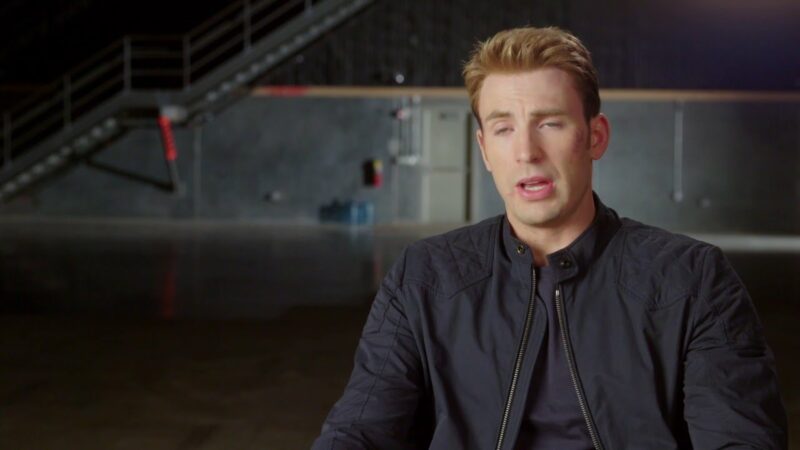 As we all know rumors are just that. Rumors. Take them with a substantially “large” pinch of salt. Recently, and perhaps there are some people who are interested, singer and actress Jana Kramer (I personally have never heard of her) found out that she is not immune to being “ghosted”.

Kramer revealed that she was “ghosted” by actor Chris Evans after a “sleepover” at his house more than a decade ago. A sleep over. Really? The two of them were grown adults ten years ago, and Chris hosted a sleep over? Wow. The next line certainly needs one of my comments.

According to Outkick.com the reason the “Sexiest Man Alive” (a man who hosts sleepovers as an adult, and the visual statement is subjective) never called her back was an unfortunate and embarrassing moment for the 38-year-old – involving the bathroom. So, this means she was 28 years old when this happened. A 28 year old sleepover. That is embarrassing.

Jana relived the incident on her podcast Whine Down with Jana Kramer. She recalled that the two of them had been on a few dates before she was invited to his house for a sleepover. This gets worse by the word.

His friends from Boston were in town and they were all hanging out and having a good time. That was before she made a trip to the bathroom.

Jana Kramer And Chris Evans Had Their Last Interaction Outside Of A Bathroom
Jana says she was tired and was heading to bed before Chris was. She made a stop by the bathroom first and that’s when things went south.

“I had asparagus for dinner that night. So, I went to the bathroom and he immediately went after me,” Kramer shared.

The two didn’t hook up that night. When she woke up in the morning, Jana said she took an “asparagus walk of shame out of his house.”

That’s Jana’s story. I’d love to hear Chris’ version of events, not that I am certain he will care. I’m going to go out on a limb and say that it had almost nothing to do with asparagus pee. My guess is she either devastated the bathroom in another way or the fact that she called it a night early was to blame for the ghosting, or that the entire relationship was completely flat and shallow to begin with. They are Hollywood actors and singers after all.

If it was in fact the asparagus pee we can put her name down as the only person to ever get ghosted for that reason. Absolutely ridiculous.