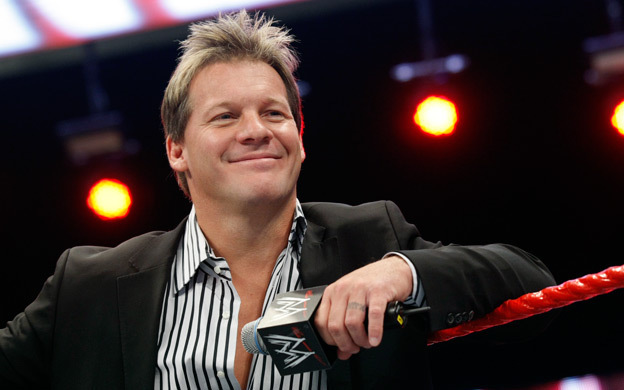 Former WWE Champ and current United States Champion Chris Jericho recently took home Busted Open Radio’s 2016 Comeback Of The Year Award, and joined the show to accept the honor. You can check out highlights from his appearance here:

“I have to say last year, 2016, was one of the best of my career. I still can’t put it over the [Shawn] Michaels – Jericho feud and the [Rey] Mysterio – Jericho feud and the Big Show – Jericho team which was 2008-2010, but it was pretty close. Maybe in retrospect I’ll look back on it in a few years and think maybe it was the best, but it’s one of those things, it was like a very nice surprise because I’ve come back quite a few times and somethings you don’t hit as much. But it seems this year I had a late career resurgence to where if I was in a Rock n’ Roll band, I had like three or four top ten hits this year that will go on the greatest hits of Jericho. I’d like to be able to sit back and say I planned this, I’m very smart, I’m a genius and I knew this was gonna happen, but you never know what’s gonna happen and I think I kinda caught lightning in a bottle with this character and all the different aspects of it. It worked and it’s been a lot of fun for sure.”

On returning for only House Shows in 2015:

“I think I was the first guy ever to just do house shows. Most guys just come back to do TV but I decided to do the opposite of that, and I had a really fun year. I think I did about 60 shows with the WWE [in 2015] and none of them were on TV. So when I finally did come back, I think it was January 2nd or 3rd of last year, I hadn’t been on in a year and a half or almost two years. It was a chance to kind of recalibrate and reboot the whole character. I knew from the moment that I came out what was going to happen, which was me eventually turning heel. It got pushed back a little bit because of the AJ Styles thing working so well, so Vince wanted us to be a tag team, and then work at Wrestlemania.

“The original plan was for me to work with [Dean] Ambrose at Wrestlemania, but I think I started planting those seeds as a babyface that were really pissing people off. I knew it and it was fun for me to see that ‘Jericho’s done, he’s stale, he’s so stale. Oh that scarf and the vest it looks ridiculous. Same old catch phrases and he’s trying to get a Rooty Tootie Booty chant going, it’s so annoying. It’s sad to see Jericho falling so low.’ And I was like oh you guys — I’m the master of puppets yet again. Manipulating an entire business into planting those seeds for when I finally turn heel. And when I turned heel it was like, ‘Well I’m glad he turned heel because he wasn’t doing too good a job as a baby face’ but I knew all that. That is one thing that I had planned.”

On getting so much over this year:

“The List, ‘Stupid Idiot,’ ‘Gift Of Jericho,’ ‘Drink It In,’ all that sort of stuff, that used to get heels heat. If you go back and watch after I turned on AJ Styles back in March or whatever it was, you see me getting heat by calling the crowd ‘Stupid Idiots.’ People legitimately booing and ‘The Gift of Jericho,’ what an arrogant thing to say. But then after a couple of months everyone started loving it. Then it became like these beloved catch phrases that people would pop for, and that’s when I kind of started having fun with it, like I’d stay quiet like 100 times in a row to see what happens, trying to get the word ‘it’ over. The List came up and that was really my co-writer for most of the year, Jimmy Jacobs, he actually came up with The List Of Jericho. We were like, ‘Oh let’s give it a try’ and after the first night it really worked. After that I was like ‘Let’s actually get a list.’ If you see the first couple of weeks it was just a clipboard, and then Vince was actually off for a few weeks because I think that’s when he tore his quad or something along those lines, so I went to the props department and I said, ‘can you make me a list but I want it made out of steel, I want it to be thick like a tablet. So if you hit somebody with it, it’ll knock em out.’

On Vince McMahon’s reaction to The List Of Jericho:

“When Vince came back I kind of told him, ‘here’s this list that I got and I had it made so I can use it as a foreign object.’ He thought it was great. The first idea was for me to take it to the ring and use it for finishes, but he didn’t want that, he just wanted it to be this entity. Next thing you know The List Of Jericho is more over than 80 percent of the roster. Now everyone wants to be on the list and the only way to get heat off of it is if I tease putting people on the list, and then don’t put them on the list. That actually gets heat now.

“You just never know what’s going to work and what’s not going to work, and doing this as long as I’ve been doing it you have to recognize when something is gonna catch. Like I said it is like catching lightning in a bottle and when that happens you just want to stick with it — my original plan was to be in the WWE for four months, January to Wrestlemania, then some things got moved around on Fozzy’s schedule and some other things that I had going on, then I just decided ‘Why don’t we take 2016 completely off and with Fozzy?'”