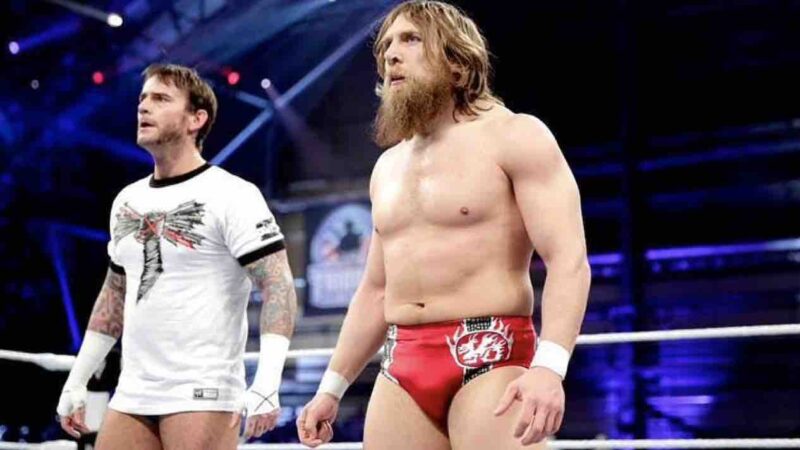 AEW has a tendency to shock the world when it comes to major signings and today is no different. While it was heavily reported that CM Punk might be signing with AEW it is now being reported that ‘The American Dragon’ Bryan Danielson, known to WWE audiences as Daniel Bryan will be, in fact signing with All Elite Wrestling. Daniel Bryan’s first AEW match has been rumored to leaked.


According to a source close to Cassidy Haynes and Bodyslam.net, Daniel is ‘locked in’ and has already signed a contract with the rival promotion. In addition the source told the outlet and Haynes that Danielson was looking to work less dates with a comparable amount of money and to have some amount of creative direction on his character – which he got. Plans for the former Daniel Bryan’s debut are already in place.

It should be noted that Fightful’s Sean Ross Sapp also commented on the alleged signing by stating: “Checking on this, but this would be enormous.” Daniel Bryan left the WWE on May 4th of this year. To write him off of WWE, he lost to WWE Universal Champion, Roman Reigns in a championship vs career match on the April 30th edition of WWE Friday Night SmackDown, meaning that he became banished from SmackDown.

Dave Meltzer posted on F4Wonline.com’s board indicating that AEW hoped to have a CM Punk and Daniel Bryan signing announcement by the end of June, but it was delayed, ”Never in wrestling has a statute of limitations. For all companies including WWE. They’ve been in talks but Tony talks to everyone. Anyway, I guess that explains first item in last week’s AEW section.

Only thing I know is that in June there were two people far bigger than Andrade they were hopeful of getting but didn’t have, and were hopeful of the announcement that month if they were finalized. The month ended.” Daniel Bryan’s AEW debut will take place at a major stadium.

Checking on this, but this would be enormous https://t.co/6pIt7i8B1a