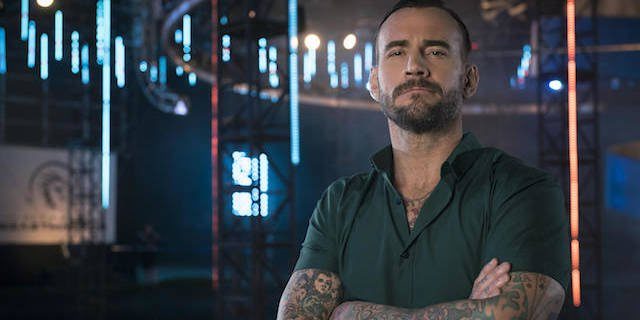 CM Punk is back in the rumor roundups again, with many hoping to hear that he’ll be involved in the wrestling world in some way soon, whether it be with AEW or WWE. One theory making the rounds involves the former WWE Champion working on FS1’s WWE Backstage, a show hosted by Renee Young and WWE Hall of Famer Booker T.

Punk was asked about this while taking part in the Kevin & Bean Show, a morning radio program out of LA’s KROQ 106.7. Much like many of his comments and responses over the past few months, the Best in the World gave little in the way of an actual answer.

You mean to tell me you’d watch a show where I talk about wrestling?

When asked about a possible return to the ring, Punk didn’t clarify whether or not he was looking to get back into the physical side of wrestling, claiming that it was something that had gotten out of control.

I think people have…it’s taken on a life of its own… If nothing happens, please don’t be mad at me.

Punk did say that he missed a certain aspect of the world of professional wrestling, though it wasn’t the in-ring part.

I don’t miss wrestling, no. If I missed anything it would be performing, because there very much is a rush to your music hitting and going out, to be able to read a crowd and give them what you think they want, and not necessarily give the crowd what they want because as a performer, you almost have to be objective. I always appreciated and enjoyed that.

However, Punk did take time to send a few shots the WWE’s way, stating that they might as well let another wrestler use “Cult of Personality.”

Punk also teased the idea of trying to get on SmackDown this Friday to work with The Rock, though again, it was in jest.

I enjoy The Rock, I do. And I’m not trying to put this out… gee, hopefully people don’t do this, but do you remember the last time The Rock was in Staples Center? Let’s do it again. When is this show? Next Friday? Dwayne, call me Friday.

When it comes to The Great One’s last appearance at Staples Center, well…