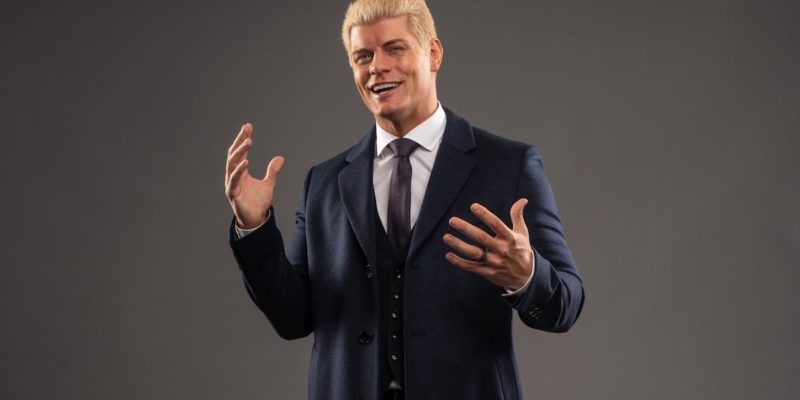 Cody Rhodes has sent a few shots the way of WWE, and a pretty direct message to Triple H. At AEW’s Double or Nothing event, he shattered a throne with a sledgehammer before making his way to the ring.

Some assumed that it had to do with his final years with the company, and possibly, Dusty Rhodes’ first run with them. However, Cody revealed that when it came to his father, that couldn’t be further from the truth.

In fact, he knows just how important they were to the Hall of Famer later on in life, and is thankful for that relationship. In an appearance on Peter Rosenberg’s Cheap Heat podcast, he said:

As his son, I know that in 2005 when he got his first royalty check for the Dusty Rhodes DVD, which they did a marvelous job on, my mother literally hit her knees in the kitchen and thanked God for them having brought him back into financial security.

For them having given him a home in the winter of his life in a functional thing to chew on with NXT and maybe help and guide a few young stars. So with that in mind, and what they did for him at the end, I’ll never be ungrateful.

Rhodes went on to state that, though he has his own thoughts about his career, how they treated Dusty outweighs that. And if he ever needs to repay that debt, he will.

I’ll never forget that. Hunter and Vince and Stephanie McMahon were very good to my father when he needed it, and as his son that’s something that if they ever asked me to, ya know, to repay that debt, I’ll go repay it.

You can check out the full interview right here.