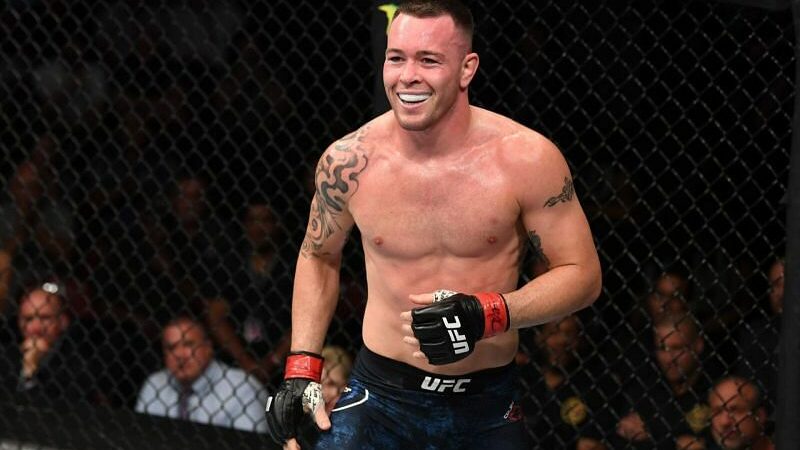 WWE Hall of Famer Ric Flair is no longer under the contract of WWE as his request for release was granted. WWE legend was recently spotted with UFC star Colby Covington. It was also noted previously that Ric Flair allegedly ‘molested’ WWE star’s girlfriend.

The UFC fighter posted a picture of himself with WWE legend on his official Instagram handle. Covington, who was seen shaking hands with ‘The Nature Boy’ in the picture, wrote in the caption:

“His shoes cost more than your house!! Great seeing THE MAN @ricflairnatureboy!”

Colby Covington and Flair experienced similar courses in their respective careers. ‘Chaos’, like Flair, embraced a villainous persona and turned heel in his UFC career. Covington, who was on the verge of getting cut from the UFC, managed to turn his public image around after defeating Demian Maia in Brazil back in 2017 at UFC Fight Night 119. The American attacked the crowd in attendance, saying derogatory things to the Brazilians in the arena.

Colby Covington and Ric Flair, the two most popular heels in their respective sports, have been compared to each other in the past by the media. In an episode of the UFC 225 Embedded series, Covington, while appearing on different podcasts, stated that he was on a ‘Ric Flair diet’. Covington also recalled the repercussions of him turning heel in Brazil and stated that the Brazilian’s from his gym, ‘American Top Team’, didn’t train with him anymore.

“I’m on a Ric Flair diet man. Limousines, fast cars, lifting weights and f***ing girls! I’m the bad guy, I’m the super villain but this is real life. Super villains and bad guys win in real life. The guys at the gym, they really took it personally. I kind of got cutoff from the Brazilians at the American Top Team Gym and they don’t train with me anymore.”