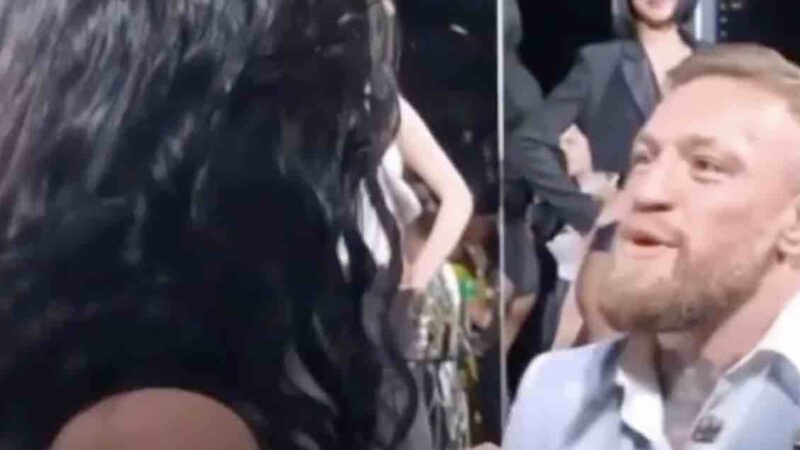 The former UFC Double Champion Conor McGregor recently came across legendary supermodel Adriana Lima at the Cannes Film Festival. The Irishman and Lima were all smiles as they greeted one another and were witnessed to have a short conversation. The duo then proceeded to pose for the cameras.

Lima is a huge MMA fan and was in attendance for McGregor’s most recent MMA bout. The 40-year-old model and actress was at the T-Mobile Arena in Las Vegas, Nevada, at UFC 264 in July 2021 for McGregor’s trilogy fight against Dustin Poirier.

Lima is well-known for her strict workout regimens and training as an athlete, which helped her reach heights of success during her time as a Victoria’s Secret model from 1999 to 2018. Well after retiring from Victoria’s Secret, Lima still trains incredibly hard and continues to work as a model.

A post shared by McGregor's_ time _is _Forever (@time_of_the_mcgregor_legacy)

The upcoming UFC cards were leaked which showed McGregor is unlikely to return to the cage before August. Michael Bisping even suggested the 33-year-old will not return until next year after his recovery is complete.

However the UFC star has now teased a comeback on social media inviting his potential opponents to audition for a fight. He tweeted:

“If you want a knock off me step up and say your piece. I’m still picking who. Just kidding, I well know who. When. What weight. Where. How it goes. Everything. I see dead people.

He continued: “Tick tock, my left hand is glock, I am going to crush your skull in when I get you. Cave. Mac Daddy is back in action. My next fight is… My return date is…”

It has been noted that several potential opponents have called out McGregor during his time in recovery including Michael Chandler and Charles Oliveira. The UFC star accepted a fight with Chandler if it is staged at 170lb, but has also set his sights on division champion Kamaru Usman. We will have to see who will be his opponent upon his return.