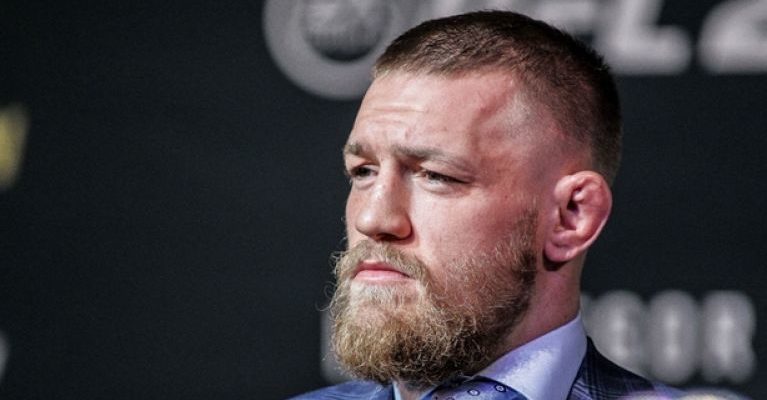 It was reported earlier today that UFC Lightweight Champion had assaulted a bus full of UFC fighters at the Barclays Center. McGregor threw a dolly through the window of the bus, injuring two people, including Michael Chiesa, a lightweight competitor.

After the NYPD issued a statement today stating that they would like to “have a word” with McGregor, it seems that he has decided to comply. According to TMZ, Conor McGregor surrendered to the authorities today. He has been charged with two counts of misdemeanor assault and one count of felony criminal mischief.

The assault charges are for injuring Chiesa’s face and repeatedly punching an unnamed UFC employee. The criminal mischief charge is for all the damage done to the bus, which adds up to around $8,000.

Strawweight contender Felice Herrig was interviewed by TMZ today, bashing the champion for endangering the lives of everyone on the bus.

There has been no official word on whether or not UFC will cut ties with McGregor or not, but UFC President Dana White did say today that it was a “really bad career move” for him, pretty much confirming that his fighting career with the UFC is in jeopardy.