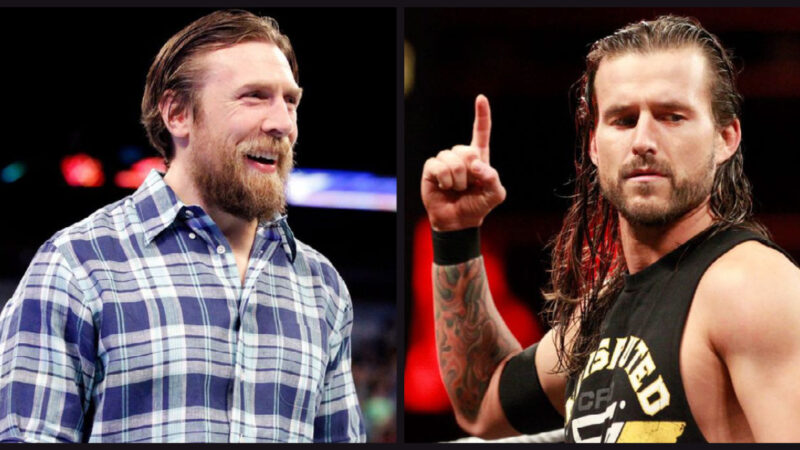 Daniel Bryan has not been on professional wrestling and sports entertainment television since losing a Universal Championship match to ‘The Head of the Table’ Roman Reigns back in April. The stipulation added to that match was if Bryan lost, he would be banished from WWE SmackDown. On May 4th, Bryan’s contract with WWE had expired and fans have been wondering what would be next for the leader of the ‘Yes Movement’. Daniel Bryan recently broke his silence after quitting WWE.

It appears now we know the answer to that. While it was heavily speculated that Bryan could make his debut for All Elite Wrestling during the September 22nd edition of AEW Dynamite at Arthur Ashe Stadium in New York City – it appears plans have now changed.

According to Bodyslam.net, according to multiple internal AEW sources, the outlet is reporting that Bryan Danielson will be debuting for the company at the upcoming AEW ‘All Out’ pay-per-view. The outlet also states that AEW allegedly has moved up plans to capitalize on buzz and attention since for the company signing former WWE Champion, CM Punk.

In addition to this, fans have also been speculative in regards to the in-ring future of another competitor – former NXT Champion, Adam Cole. To add speculative fuel to the fire, Cole’s girlfriend, the AEW Women’s Champion, Dr. Britt Baker D.M.D. took to social media via Twitter to post the following image from her at NXT Takeover: War Games in November of 2019 where Cole and the Undisputed Era took on, in an losing effort to Team Ciampa (Tommaso Ciampa, Keith Lee, Dominik Dijakovic, and Kevin Owens).

Adam Cole recently ‘rejected’ an offer from this top company. While many think Cole could go to AEW – one fan on Twitter stated that this could be an indication for what could be next for Adam Cole’s in-ring future. Pastey_88 proclaimed: “Adam Cole cancelling his stream and now this, it will make people think he will show up on smackdown later.” Ultimately however, Adam Cole has not shown up tonight on WWE SmackDown even though there was a tease with Dominik Mysterio facing a ‘mystery opponent’ – that opponent ended up being Sami Zayn.

With Adam Cole cancelling his stream and now this, it will make people think he will show up on smackdown later.