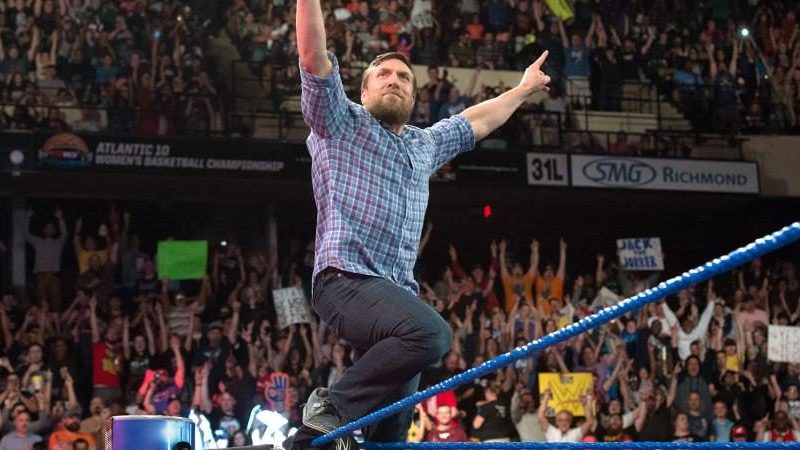 Enough has been said about Daniel Bryan’s possible in-ring return and now Bryan himself had pretty much confirmed that he will return to wrestling, though not anytime in near future.

During his recent appearance on E&C Pod of Awesomeness Bryan openly talked about how things unfolded. He revealed that a test showed that he had a lesion which forced him to retire because he thought it meant that he had a cut in his brain.

However, after a few days of his retirement speech on Raw, Daniel contacted to one of the doctors who had originally cleared him to compete, who revealed that lesion is a much broader term in medical terminology:

“I told him what happened and I said, ‘They found a lesion in the temporal-parietal region of my brain. He goes, ‘Wait, hold up, a lesion?’ I said, ‘Yeah.’ And I don’t know what lesion means to you guys, a lesion to me means you have a cut. I have a cut on my brain. He goes, ‘No. Lesion, in medical terminology, is a very vague thing. It just means something is there. We don’t know what it is, so we call it a lesion in the temporal-parietal region of your brain.’”

Bryan then explained how later he learned that his lesion actually meant that his reflexes in that part of the Brain were slower compared to a normal person.

According to him, the revelation didn’t encourage him to return to wrestling at that time because he was trying to have a baby with Brie Bella.

Though later he began his treatment for the lesion and according to him after 80 more sessions of the treatment; his brain will function like a normal human again:

Finally, Bryan said that after being healthy, there is no reason why he wouldn’t wrestle again:

Daniel Bryan also said that he hopes to return to a part-time schedule, wrestling about 50-100 matches per year. You can listen to the podcast below, the comments related to his injury start after the 2-hour mark: