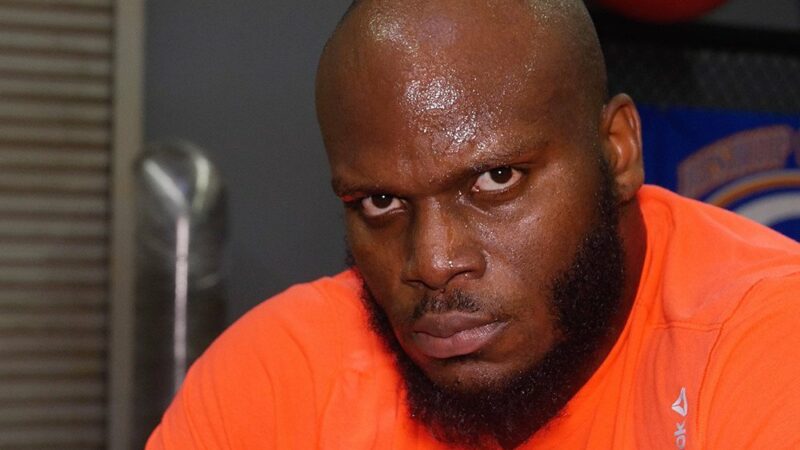 Derrick Lewis has reportedly contracted a sad illness that is not COVID related, and his UFC Vegas 65 main event has been canceled.


#BREAKING: Derrick Lewis has a non-COVID illness and today's #UFCVegas65 main event vs. Serghei Spivac has been CANCELED.

Tonight’s Derrick Lewis x Sergei Spivac main event has been canceled – mid-event – due to a “medical issue” with Lewis, per the broadcast.

Jorge Masvidal is currently one of the top UFC stars but is also one of the most outspoken and controversial ones to boot. Jake Paul also previously leaked a bad series of Jorge Masvidal texts.

On Thursday, a Masvidal defense attorney and a Miami-Dade County (Fla.) district attorney went before Judge Zachary James at Richard E. Gerstein Justice Building in Miami for a report hearing.

After a joint continuance request and a brief sidebar between the parties, Judge James set a trial sounding for Feb. 15 with an anticipated trial date of Feb. 27. The defense also mentioned how it has two outstanding depositions that still need to be taken before they proceed.

In March, Masvidal entered a written not guilty plea to single counts of aggravated battery resulting in great bodily harm and criminal mischief after an alleged physical altercation with Colby Covington. According to police reports, Covington fractured a tooth and suffered a wrist abrasion.

In a video posted to his Instagram on Thursday, Masvidal addressed Gilbert Burns’ claim and took the opportunity to challenge him to a fight on the same March card in which champion Leon Edwards is expected to defend his title in a rematch with Kamaru Usman.

“Sorry I’ve been missing,” Masvidal said. “Your boy has been spreading his words, doing his thing, making sure this country can be as safe as it can be. I love all of you left and right. Midterms (election) are over already, so I can focus on some other things like myself and being selfish, so I’m going to address this little b*tch, who I usually don’t have time for, but I’ll make some time for you today, Gilbert.

“Hunter (Campbell), when you hear this or see this, can you please tell this b*tch I never agreed to November, December or January. I’ve had court cases, I’ve had different things, a bunch of things, and I haven’t been able to decide who I got to fight. Now I got some much better news today, so guess what? If you want to get your ass whooped when Leon Edwards defends his f*cking belt in England, I would gladly beat the sh*t out of you, Gilbert.