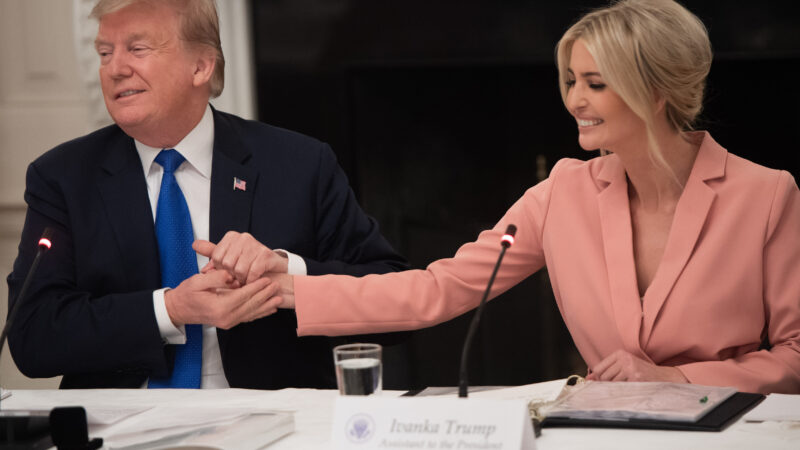 US President Donald Trump speaks alongside senior advisor and daughter Ivanka Trump (R) during the first meeting of the American Workforce Policy Advisory Board in the State Dining Room of the White House in Washington, DC, March 6, 2019. (Photo by SAUL LOEB / AFP) (Photo credit should read SAUL LOEB/AFP/Getty Images)

Former President Donald Trump’s campaign is tight-lipped if Trump knew he was posing with the former head of the Philly mob for a photo at Trump’s West Palm Beach golf course this month.

They share an affinity for golf and an aversion to cooperating witnesses who “flip” to help federal investigators. But former President Donald Trump and former Philly mob boss Joseph “Skinny Joey” Merlino don’t have much to say about how they wound up in a photo together at a South Florida golf course.

The photo, obtained by The Inquirer, is likely to renew concerns among Trump loyalists eager to help him retake the White House next year that he still lacks the sort of protective political infrastructure that would prevent a candidate for president from taking a picture with a convicted mobster whose last stint in federal prison ended in mid-2020.

“President Trump takes countless photos with people. That does not mean he knows every single person he comes in contact with,” said a Trump spokesperson after The Inquirer shared a copy of the photo with his campaign.

The spokeperson did not respond when asked if Trump knew Merlino, or his background. 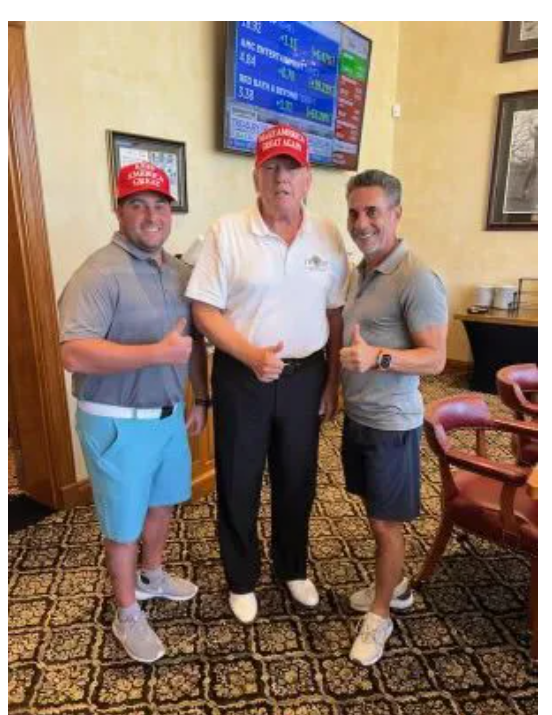