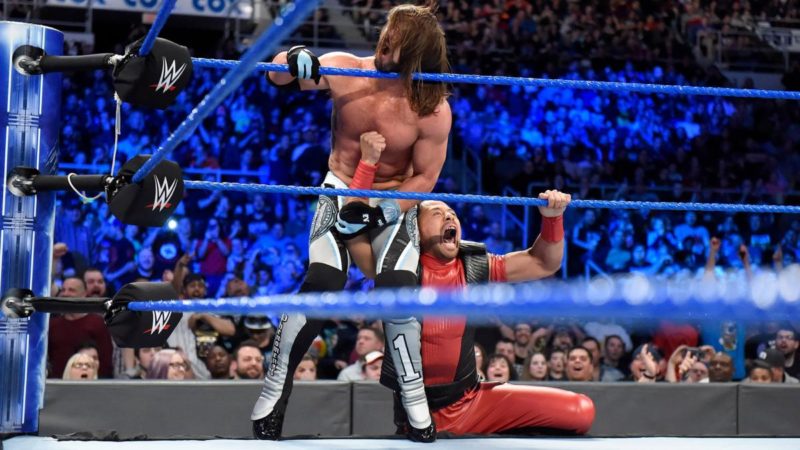 Since their match at WrestleMania 34, Shinsuke Nakamura has been assaulting AJ Styles’ crotch with a vengeance, catching the Phenomenal One with a low blow every chance he got. The King of Strong Style, so far, has hit the Phenomenal One below the belt five times, and this has been noticed by one of NXT’s newest acquisition.

With the amount of low blows @ShinsukeN is dishing out, he may as well change the name of his finisher to the Peenshasa.#sdlive

EC3 took to Twitter on April 24 to throw a light-hearted suggestion Nakamura’s way. The Cheapshot Artist was intrigued, and the two men had a quick back and forth.

With the PG tweeting guidelines I don’t think I can.

Pls do not give up. I think You can say pe….something.but, actually I accidentally hit his things Which means #kintama. I am feeling very sorry.

So uh, yeah. Sometimes wrestling gets weird. WWE has also taken part in the humorous side of this story, asking the WWE Universe in a poll if AJ Styles should wear a cup at the Greatest Royal Rumble, with only two choices.

If you’re curious, the latter is winning with about 78% at the moment.