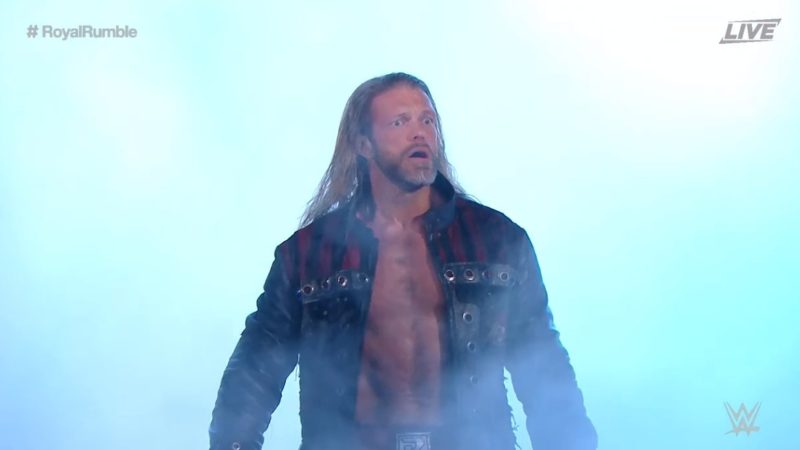 One of the most magical moments in the history of the WWE has just happened.

After spending nearly ten years in retirement, WWE Hall of Famer Edge has made his return to the ring at the Royal Rumble. The Rated R Superstar suffered a career-ending injury at the start of the last decade, forcing him to retire from in-ring competition completely.

However, thanks to the wonders of technology, Edge’s broken neck has been fixed. And now he’s back doing what he loves the most.

The Ultimate Opportunist entered the Rumble at Number 21 and immediately speared everyone in the ring. The former WWE Champion took out the likes of AJ Styles from the Rumble.

Let us hope that the Rated R Superstar is here to stay.