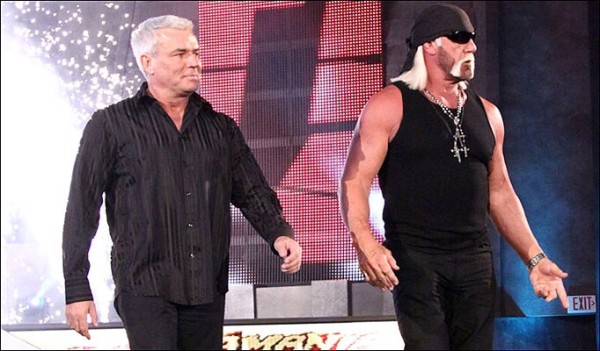 Former RAW General Manager Eric Bischoff recently spoke about nWo’s announced induction into the WWE Hall of Fame on his podcast 83 weeks. The former WCW star stated that he wasn’t upset at the fact that he wasn’t included by WWE as part of nWo and that he has good relations with the company even after his release as the SmackDown Executive Director.

NWO was a major part of WCW and included Superstars such as Hulk Hogan, Scott Hall and Kevin Nash initially and they were joined by multiple more members over the years including X-Pac. Even Bischoff was himself a part of the faction.

Here is what Bischoff stated regarding why he isn’t going to be inducted into the WWE Hall of Fame as part of the faction:

“I don’t know what the process is, whether it’s a committee of people that discuss the Hall of Fame or if it’s one person’s job, I don’t know what the criteria is, it’s all subjective. But I think if there’s anything that may still get under people’s crawl, in many cases they probably won’t even admit it to themselves, is that it was an idea that changed the industry that wasn’t theirs.

I still believe there is a little bit of, I don’t know if it’s resentment, as much as it is an overall desire to rewrite history and make it look like the nWo was originally a WWE idea, I don’t know. But I don’t worry about it, I don’t think about it until this time of year rolls around – especially this year for obvious reasons.”