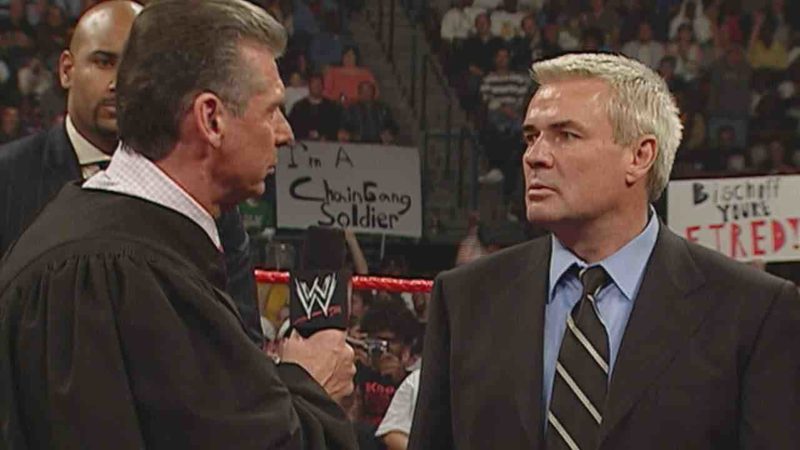 On the latest edition of 83 Weeks, former WCW Executive Eric Bischoff discussed how he believed Vince McMahon felt ’empowered’ after the steroid trial in the 90’s and how he convinced himself, along with a jury and judges that he was in fact a ‘victim.’ Wrestling-Edge transcribed Bischoff’s comments.

Bischoff: I think in Vince [McMahon’s] mind, because of the steroid trial he convinced himself and obviously the court – this is me being really careful about what I say because I’ve had an opportunity to look at the details of that steroid trial and what really went down.

My guess if I had to explain what really happened is that Vince convinced himself along with a jury, judges and everyone else that he was the victim. He was the victim of a government conspiracy.

It almost put him in jail, let’s be clear, had things gone the other way WWE would of been an asterisks in the history books of professional wrestling and Vince McMahon wouldn’t be able to vote or own a weapon because he would have been a convicted felon.

Bischoff: So when Vince came out of that, I think he felt so empowered and above it and that he was able to convince himself and everybody else that he was a victim – his perspective on the issue was not one based in reality or what one could expect an average and normal person to react to. Or a way that a normal person would react to after the fact.

Vince convinced himself and everybody else that he was victim and as a victim, you didn’t do anything wrong.