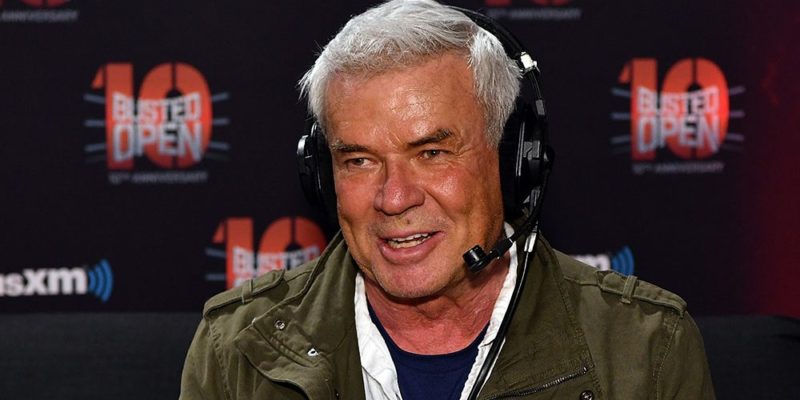 WWE Smackdown Live Executive Direction Eric Bischoff is famous for his WCW tenure, but he also had a stint in TNA as part of creative. On his After 83 Weeks podcast, Bischoff talked about his time in TNA.

“It morphed,” Bischoff stated. “When I was first hired by TNA, the Carters, in particular, didn’t want me, they didn’t want Eric Bischoff on the payroll, they didn’t want anything to do with me. They wanted Hulk Hogan. The challenge they had is Hulk Hogan knew there was nobody in TNA to find their ass with both hands and a compass when it came to creative. So, he wasn’t willing to join TNA unless he had someone there that was watching over, at least, his creative.”

According to Bischoff, TNA hiring him was a ‘Hulk Hogan tax.’ In due time as Hogan became adjusted to his role in TNA, Eric’s role expanded as well.

“I did have a lot of responsibility,” Bischoff exclaimed. “Because, everything TNA did once they hired Hulk Hogan, all centered around Hulk Hogan. All of a sudden, I went from, ‘Okay, I will oversee Hulk Hogan’s creative,’ to holy s–t, everything that is going on is Hulk Hogan related and I became more involved in creative than I thought I would. Then I started liking it and throwing myself more into it.”

Bischoff was certainly enjoying his time working in TNA, but he noticed there were problems in the company. However, those problems did not detract from his overall enjoyment.

“Over the period of about six months or a year, I started looking around the room and Vince Russo wasn’t one of them that really knew what they were doing,” Bischoff exasperated. “What started out as a Hulk Hogan tax… it became around 2013, I was running creative with Bruce Prichard. A lot of things came out of TNA that I really liked.”