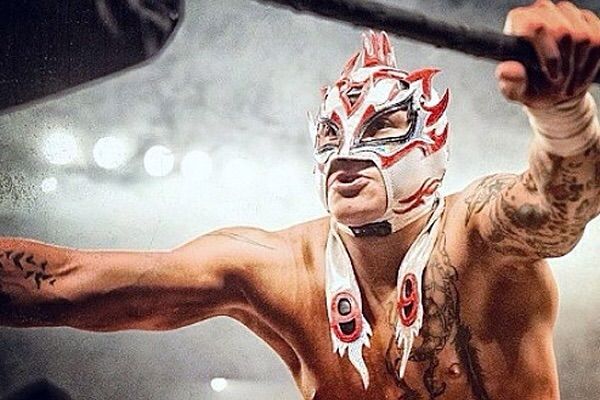 Fenix, along with his brother Pentagon Jr., has been lighting up the independent world. Tied together with his work in Lucha Underground and Impact Wrestling, the former Lucha Underground Champion has been one of the most sought-after performers in the wrestling world.

In an interview with Viceland, Fenix spoke about his success. When discussing what drove him to become a luchador, he claimed that he always wanted to be like Rey Mysterio.

You know, Mysterio is one of my favorite luchadors. And of course I want to be like him. So, of course the first thing I take from him is the mask.The first time I put on my mask, it’s incredible. It’s almost like an explosion in your chest, and you feel like a superhero. That’s how the people look at you, like a superhero.

Fenix also delved into the importance of the mask in Aztec culture.

For luchadors, it’s very important, because in Aztec culture, the Mexican culture, the warriors, the real warriors covered faces to do war. So when lucha libre started in Mexico, people started to cover their face. So, you specially design your mask, and when you make it, you take a lot of pride in your mask.

For a while, it was rumored that Fenix and Pentagon would be making their way to WWE after their current contracts were up. However, those rumors were dispelled, and it seems that Fenix will continue to wow crowds across the globe. Hopefully, he’s earned the respect of his hero.