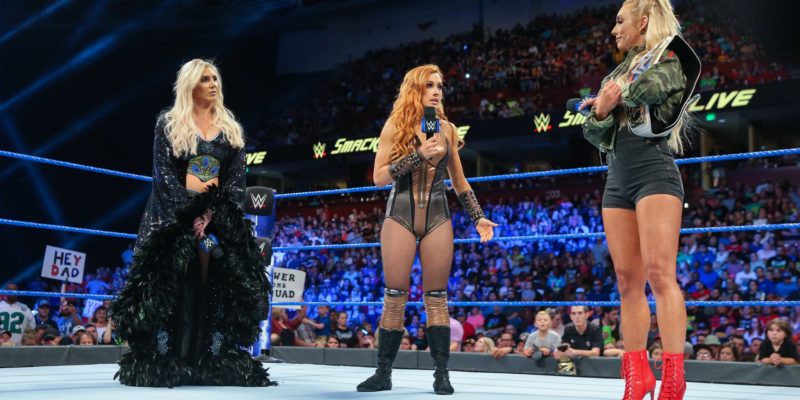 The former Smackdown Women’s Champion has undergone a pretty notable change over the past month. No longer the whiney underhanded heel that used dirty tactics to overcome Charlotte Flair and Asuka, the Princess of Staten Island has turned a new leaf, now working with R-Truth as a face.

Mella and Truth will participate in their first match of the Mixed Match Challenge later this week, but it seems that the former champion has changed something else to go along with her face turn.

good morning to my brunette kween only pic.twitter.com/dANFLa5VOm

It seems Carmella has gotten rid of the blonde, rocking a new brunette look with a mix of red added to it. The Fabulous One herself commented on the change on Twitter.