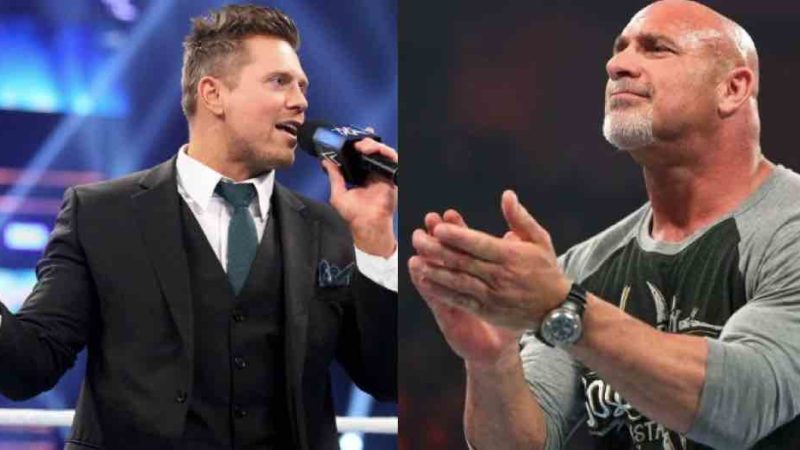 Goldberg appeared on Corey Graves’ After The Bell podcast today and revealed that he bit his tongue hard on Raw when he speared The Miz, nearly biting his entire tongue off!

“I’ll give the haters something else to bi**h at me about. I almost bit my tongue off last night with that spear with The Miz.”

He also agreed with The Undertaker’s critical remarks of the WWE locker room that angered Xavier Woods.

“When you hear the comments about me coming back and doing one or two matches a year? How you know people were like ;he doesn’t deserve it. He never paid his dues, he was never on the road and these people are on the road.’ Man people forget very quickly what all of us did back in the day. So I earned the spot that I’m in now and again I’m one of the luckiest guys in the world.

Yes, I believe comparatively [to my era that] the business is soft. But the business is in 2021, so things have to change and things have to be different. [We had] Mega superstars that were bigger than life, but it’s hard in this generation, seemingly, to build those people. There are a couple people who have have made it beyond relying upon the public to do that, and they forced their way up and they’ve earned their spot. Drew McIntyre is one of them.”

I mean, like I said, times are quite different than they were back in the day, but people are soft. People take take offence to things way too quickly, I mean you know, grow a little thicker skin, boys and girls, that’s all I can say.” Goldberg also revealed why he never wrestled Steve Austin.