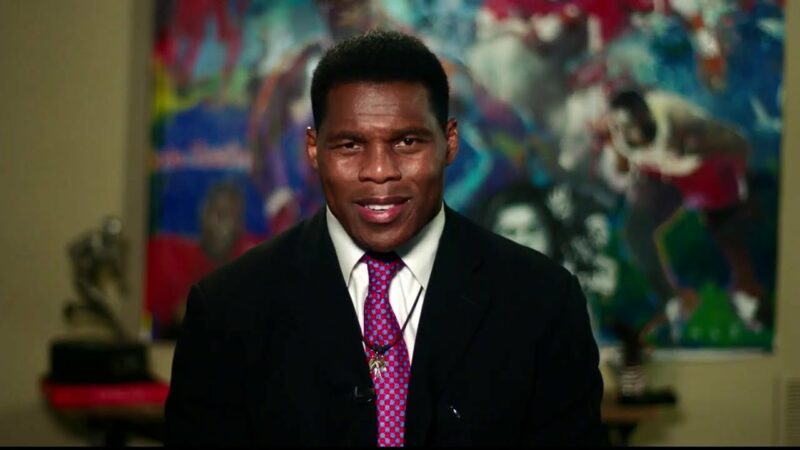 Mike Tyson is a pro boxing legend and beating him in the ring is not an easy task to do. But, that might change when it comes to election. Former Dallas Cowboys star Michael Irvin is showing a lot of faith in Herschel Walker, the retired football player who is now running for the U.S. Senate seat in Georgia.

Speaking with Fox News, Irvin said Walker believes he can do anything, including taking down Mike Tyson in a fight.

“I never doubted Herschel in anything that he has done,” Irvin told Fox News. “One of the first things Herschel said to me was, ‘Mike, you know, I really think I could beat Mike Tyson,’ This was when Mike Tyson was hitting you in the head, and your whole body just exploded. I said, ‘Dude, why you talking like this? What is this? Some death wish? What are you talking about?’ But he was dead serious.”

According to Marca, Herschel and Irvin played together on the Dallas Cowboys in 1988. Irvin said that’s when he noticed Herschel’s fiery competitive spirit.

“He looked at me and was like, ‘I’m telling you, Mike, I can beat him.’ He believes he can do [anything] and beat everybody at everything,” the former wide receiver said. “He’s that kind of a competitor. He was that kind of athlete.”

Herschel had never fought Tyson, but the Republican candidate is now focused on defeating incumbent Democratic Sen. Raphael Warnock in a runoff on Dec. 6, WBUR reports. The pivotal race could determine who controls the U.S. senate.

During election night on Tuesday, neither candidate reached the 50% threshold needed to win outright under Georgia law, thus leading to a runoff.

“Here’s where we are: We are not sure if this journey is over tonight, or if there’s still a little work yet to do,” Warnock told his supporters around 2 a.m. on Wednesday. “But here’s what we do know: We know that when they’re finished counting the votes from today’s election that we’re going to have received more votes than my opponent.”

Walker also expressed full confidence despite the uncertainty of the race.