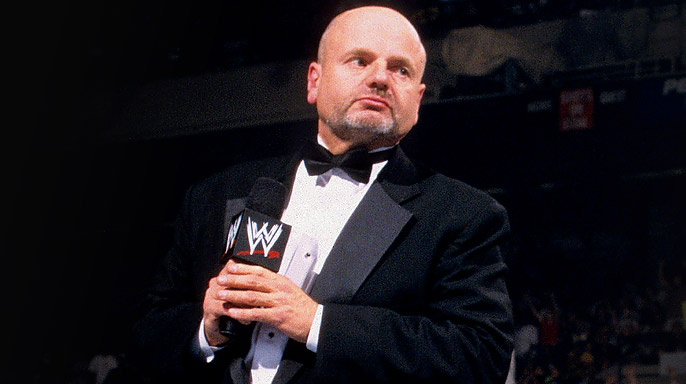 We are sad to report that WWE Hall of Famer Howard Finkel has passed at the age of 69. WWE officially announced his passing this morning.

“The Fink” made his debut as a ring announcer for WWWF back in 1977, eventually becoming a full-time announcer in 1979. His iconic voice became a staple for many WWE events throughout the years. He has been involved in storylines featuring Ted DiBiase, Kerry Von Erich, X-Pac, Jeff Jarrett, Chris Jericho and more.

The legendary announcer continued his role well into the 2000s until he changed into a part-time announcing position, working mostly behind-the-scenes.

For his contributions to the world of professional wrestling, he was officially inducted into the WWE Hall Of Fame back in 2009.

We would like to offer our condolences to Howard Finkel’s friends and family during this sad time.

WWE is saddened to learn that WWE Hall of Famer Howard Finkel has passed away at age 69. https://t.co/tqmD68ZsQp