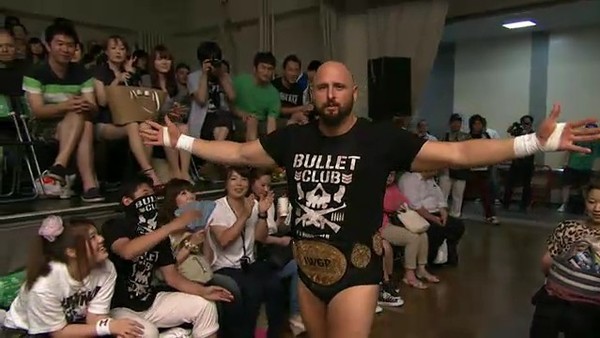 Among the several superstars released by WWE yesterday, former RAW Tag Team Champions, Karl Anderson and Luke Gallows were also among the ones who were let-go off their WWE contracts.

While it remains to be seen what’s in store for the majority of the released superstars, one man, in the form Karl Anderson seems to be teasing a move back to his former promotion of New Japan Pro Wrestling.

Anderson took to Twitter and in a recently posted clip, teased the return of  ‘The Machine Gun’, a moniker that previously went by during his time in NJPW and in the Bullet Club.

Prior to signing with WWE, Anderson was a vital part of the Bullet Club and is one of the four original members of the faction. ‘The Machine Gun’ and his long-term tag team partner Luke Gallows also won the IWGP Heavyweight Championship on three different occasions in their stint together as a tag team in New Japan.

With Anderson now teasing a move back to NJPW, it sure will be interesting to keep an eye out for his next move.