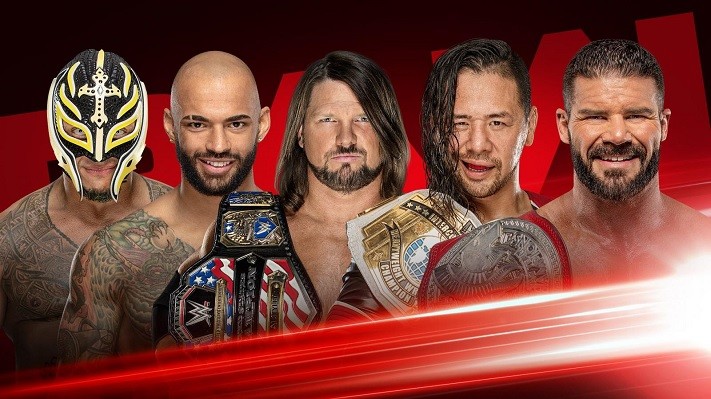 WWE has announced a big fatal five-way match with title implications and several other interesting matches and segments for this week’s episode of Raw.

The company first announced that AJ Styles, Shinsuke Nakamura, Robert Roode, Rey Mysterio, and Ricochet will face each other in a fatal five-way match on this week’s episode of the Red Branded Show.

The winner of this bout will go on to challenge the Universal Champion Seth Rollins for his title at the season premiere episode of the show on September 30th.

This is not the only match announced for the show as the company has also confirmed a King Of The Ring finals rematch between Baron Corbin and a singles match between Sasha Banks and Nikki Cross for the episode.

Apart from this, the promotion has confirmed that a new episode of Firefly Fun House will air on Raw this week and it would be interesting to see what Bray Wyatt says during the segment.