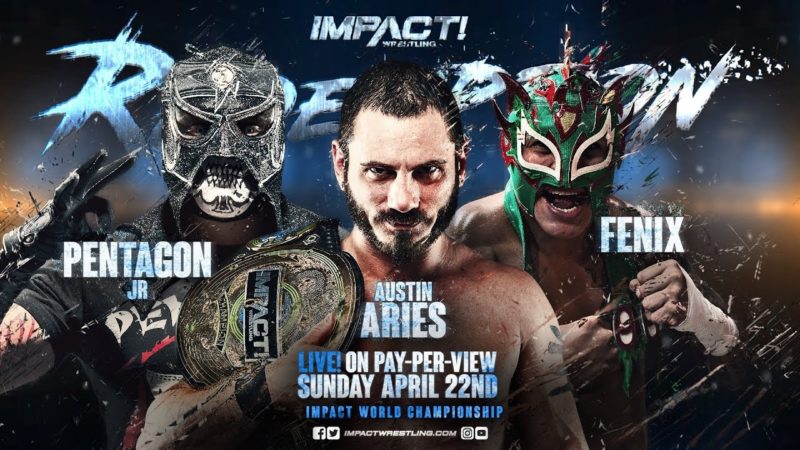 Austin Aries faced off against Pentagon Jr. and Fenix at Impact’s Redemption PPV Sunday night. There, the Lucha Underground Champion would add another title around his waist, defeating his other two opponents.

Pentagon Jr. pinned Austin Aries after hitting both of his opponents with a Gory Special/Package Piledriver combination, followed by an arm breaker to Aries. Pentagon Jr. then hit the Pentagon Driver on Aries to pick up the win, capturing his first Impact World Championship.

Respect between brothers. And respect for a new World Champion. #Redemption18 pic.twitter.com/UrLC4Ld28q

The dual champion embraced his real-life brother, Fenix, after the emotional bout.

It seems that the partnership between Lucha Underground and Impact Wrestling is as strong as ever.

The rest of the results are as followed: