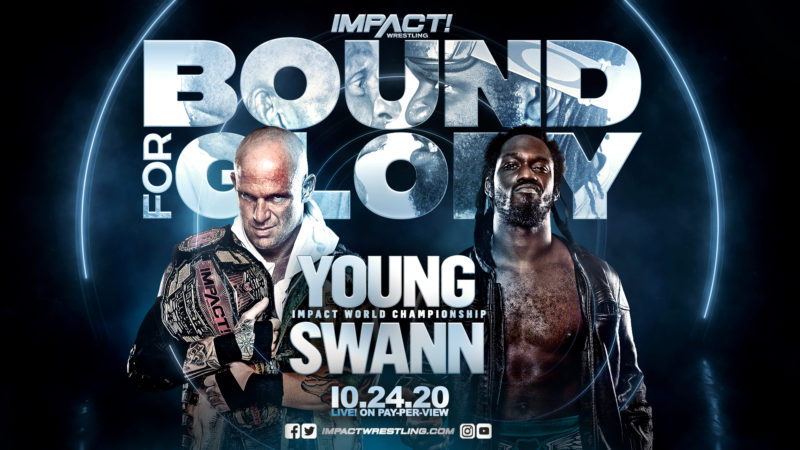 Eric Young recently returned to IMPACT Wrestling this summer. At Slammiversary, he competed in a five-way match for the vacant IMPACT World Championship.

However, he lost his opportunity when he was pinned by Rich Swann. Young went berserk and injured Swann’s ankle. Over the next few weeks on IMPACT, Young continued to target Swann, leading to the former X-Division Champion retiring from in-ring competition.

After that, Eric Young set his sights on Eddie Edwards. He won the World Championship on September 1st and put the former champion on the shelf.

.@GottaGetSwann will face @TheEricYoung – the man who tried to END HIS CAREER – at Bound For Glory for the IMPACT World Championship! #IMPACTonAXSTV @ScottDAmore pic.twitter.com/D026Mo7RiW

Now, Rich Swann has returned and wants his shot at the World Class Maniac. On the latest IMPACT Wrestling, Swann spoke to VP Scott D’Amore about wanting a chance at revenge against Young. After a few minutes, Young rushed the ring but was sent packing by a still injured Swann.

D’Amore then made it official. At IMPACT Wrestling Bound For Glory, Rich Swann will challenge Eric Young for the IMPACT World Championship.

.@TheEricYoung will defend the IMPACT World Championship against @GottaGetSwann on October 24th at Bound For Glory. #BFG2020

Bound For Glory takes place on October 24th, giving Swann plenty of time to heal up.