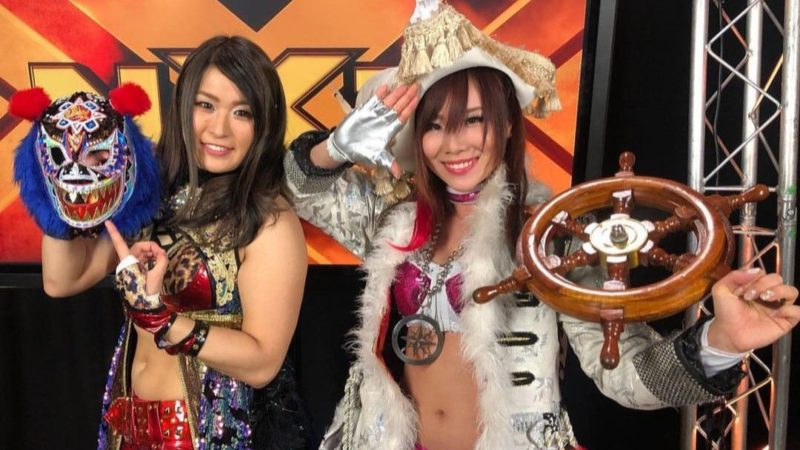 Anything is possible in the world of professional wrestling. WWE Superstars might take their talents elsewhere if they ever feel they are not satisfied with the company. It was reported earlier that Kairi Sane might be interested in going somewhere else after her contract expires. Now she has received an open invitation.

The Director of Bushiroad, Takaaki Kidani spoke with Tokyo Sports, where he talked about Io Shirai and Kairi Sane. Bushiroad is the parent company for New Japan Pro Wrestling and they have purchased Stardom. They have extended an invitation to the two, once their WWE contracts expire.

“I will prepare the stage, so I’d like you to come back. Of course (multiple years with the WWE), it is a story after the contract is over, but I would like to show you coming back as an option. We are considering making a return offer.”

They will certainly have a good few options once their contracts are up. So we will get to know what they intend to do next year. NJPW would certainly like to have both of them.