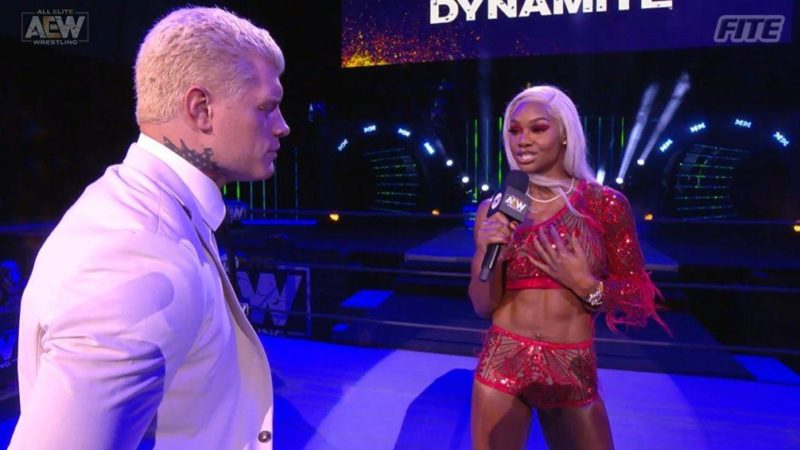 Jade Cargill certainly turned heads with her AEW debut this past week as she interrupted Cody Rhodes and fired shots at him on the mic. Her revealing she knows Shaquille O’Neil certainly piqued the interest of fans.

AEW sent out a press release in order to hype the company’s latest acquisition. Cargill is a Jacksonville University alumni and it has been revealed that she signed a multi-year contract with the promotion.

“I joined AEW because here I have a voice,” said Jade. “I’m ready to shake up the women’s  division, and I’m going to flip this promotion on its head.”

She was also a personal trainer and fitness model and has played basketball for the University of Jacksonville. We will have to see how her storyline with Cody Rhodes progresses.

After making her #AEWDynamite debut last night, we can confirm that @Jade_Cargill is #AllElite pic.twitter.com/NE1sGIsw35