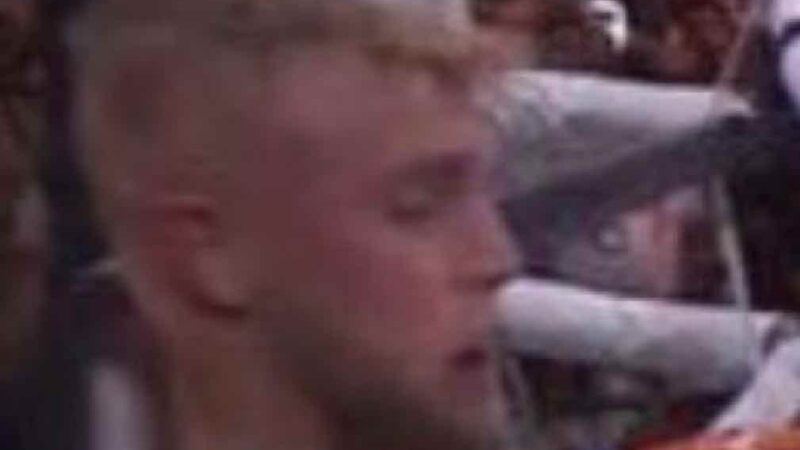 Hasim Rahman Jr. has uploaded a sparring video where Jake Paul ran away from him, and shown that he weighs 206 pounds and could have made weight for a fight with Paul in a new media conference.

Another enemy of Jake Paul’s is Floyd Mayweather, whose hat he stole last year. The undefeated pro-boxing star Floyd Mayweather has an estimated net worth of $450 million, thanks to his former boxing days and his current job as a boxing promoter. He has been seen in UAE with Antonio Brown, where they got the VIP treatment, enjoying yacht trips and luxury rides. He has also recently purchased a Rolls-Royce Cullinan. It has also come to light that one of his watches is worth more than the NFL legend Tom Brady’s entire mansion.

He has a luxurious watch collection worth a lot of money. Additionally, one of his watches, the Jacob and Co. piece called ‘The Billionaire Watch’ costs a staggering $18 million. Brady owns a luxurious mansion on Indian Creek Island in Miami, Florida, an area also known as the ‘Billionaire Bunker’. This house is worth $17 million, a million less than Mayweather’s Jacob and Co. watch. The watch which Mayweather boasted, is made of 18-karat white gold and is embelllished with 260 emerald-cut diamonds. The ‘Billionaire Watch’ is so massively expensive that it costs more than the legendary quarterback Tom Brady’s billionaire bunker mansion.
‘Money’ previously dropped a video clip of the watch on his Instagram account and wrote:

“This my new timepiece, it’s called “The Billionaire Watch”. If you don’t know about it, google Billionaire Watch. That’s $18 Million on the price tag. I bought this watch from the best jeweler in the world, hands down @tadashi1980. He has better prices than any other jeweler that I’ve ever done business with ever and trust me, I’ve bought jewelry from every jeweler in NYC, Vegas, LA, Detroit, Houston and Miami. From here on out I’m only buying from @tadashi1980 fire your jeweler and hire @tadashi1980 Follow his page now.”