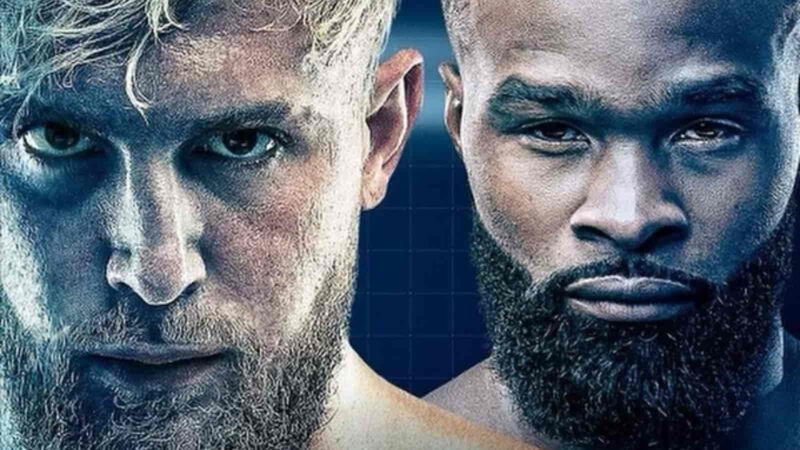 “They still counting, that shit is still running up.”

“We are right now, right underneath Floyd Mayweather and Logan Paul for the PPV, and still counting. If we go over, it’s going to be the 5th highest PPV in the history of PPV’s.” Watch Tyron’s video below.

Vitor Belfort is set to fight Oscar De La Hoya on Sept. 11 in the main event contest. He noted that the fight between YouTuber star Logan Paul and boxing legend Floyd Mayweather was rigged.  When a comeback in ONE Championship slumped, Belfort was pulled toward a boxing match. He recently said that he’s glad that the fighter standing across from him on Sept. 11 is famous for more than just memes, taking a shot at Jake Paul and Floyd. Jake Paul Quits Boxing After WWE Bombshell?

“I have respect for Oscar, he’s not getting the YouTuber like Floyd got his brother,” Belfort said. “These guys cannot box, man. You put these two brothers [together], I will fight them the same night, [and] I will put them out.”

Belfort said he didn’t watch Paul take on Woodley, being too focused on his upcoming outing with De La Hoya on Sept. 11 in Los Angeles. He wasn’t surprised, though, to hear that Woodley struggled against Paul despite a resume that on paper looked far superior.

Belfort believes the former UFC welterweight champ brought the same primary skill set as his predecessor, Ben Askren, and was fighting at a deficit from jump street:

“I told you I thought that [Woodley] was going to have trouble beating the kid, because he’s literally becoming a fighter,” Belfort said on The MMA Hour. “But his level is very low compared to a guy like myself and Oscar. We’re in the next level.

“It’s hard. It’s like comparing a wine that you can buy in Target. I’m being honest. I respect both of the guys. They did great, they made a lot of money. But at the end of the day, me and Oscar’s a legendary fight, it’s a legacy fight, it’s a generation fight. It’s the guys that are literally building a sport.”