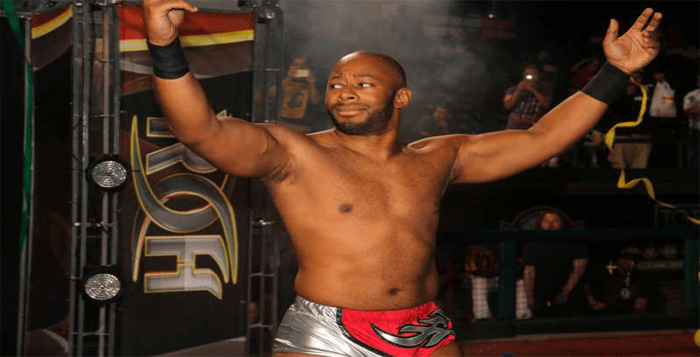 Jay Lethal has really proven himself in the past decade. The ROH World Champion has been involved in some incredible feuds with the likes of Cody Rhodes, Silas Young, Marty Scurll, and Dalton Castle, not to mention his early wars with Samoa Joe, Sonjay Dutt, and Chris Sabin.

However, to this day, Lethal’s most popular segment in his entire career is the famous Ric Flair promo. Ric Flair was in the ring with Fortune and called the group the new Four Horsemen. Lethal took offense to that and decided to battle the Nature Boy on the mic in a pretty unique way.

Jay Lethal brought up an interesting story on the Unsanctioned Podcast, where he revealed that he and Flair didn’t go over anything prior to the segment.

The writer at the time, Vince Russo, he said, ‘Bro, bro, I gotta talk to you. You’ve got a promo, you’ve got an in-ring segment bro with Ric Flair. But here’s the thing, bro. You know, normally I write what I want you guys to say and give you bullet points. But, he’s Ric Flair. I can’t write anything for him. He won’t let me. So you’re gonna have to go to him and ask him what you wanna do today.’

So I go up to Flair, nervous, I didn’t call him Mr. Flair…I wasn’t that nervous. I said, ‘Hey Ric, Russo wants us to go over the promo. What do you wanna do out there?’ He goes, ‘I don’t go over promos. I’ll see you out there.’

Befuddled at Flair’s response, Lethal chased Flair down the hall to ask again.

I ran up to him and I go, ‘Uh, Rich, I don’t know how long we’re gonna have out there.’ He goes, ‘What did I just tell you? I don’t go over promos. We’re gonna do it out there. I don’t have anybody, nobody tells me what to say. You’re gonna go out there with me, and we’ll do it out there. Don’t worry. ‘He tapped me on the shoulder and walked away.

While he was nervous before the segment, Pat Kenny, formerly Simon Diamond, calmed him down and told him to do his Ric Flair impression that he’d been joking around with.

Who knew that some impression Jay Lethal was using to fool around with the boys in the back would end up elevating him another level in his career?