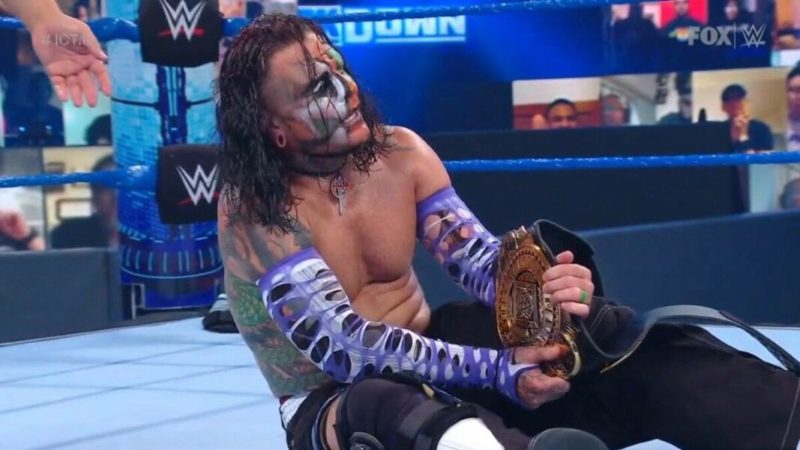 Jeff Hardy challenged AJ Styles for the WWE Intercontinental Championship during this week’s episode of Friday Night Smackdown. It took place at the WWE ThunderDome.

During the beginning segment of the show, AJ Styles attacked Hardy in order to gain an advantage for their match later in the night. The storyline was that Hardy was still determined to compete in the match and he sold his injury throughout the night.

It was an intense match as both competitors gave it their all. AJ Styles targeted the injured knee throughout the match. However, towards the end of the match, Hardy hit Styles with his kneebrace while AJ was trying to hit the Styles Clash.