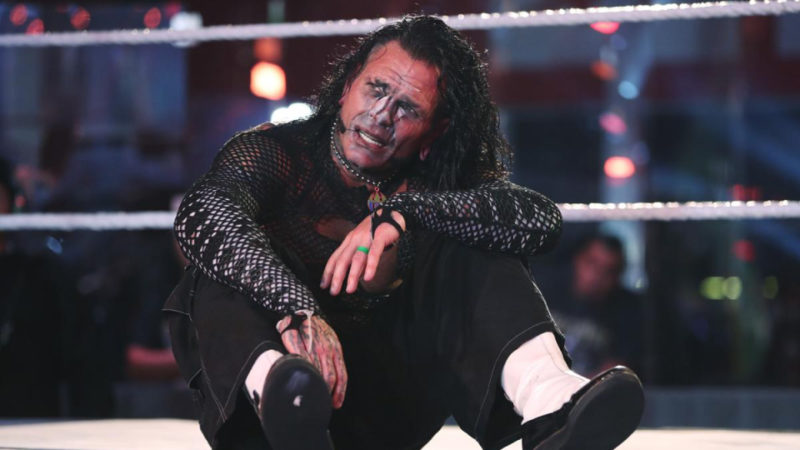 WWE star Jeff Hardy is one the veteran stars in the company now. The former WWE star Maria, who is currently signed with Ring of Honor Maria Kanellis made an appearance on the Wrassingh Show this past Sunday to talk about wrestling.

During the conversation, she revealed how she had been a fan of wrestling ever since she was a kid. The former WWE star recalled the an incident.

She went on to revealsd that she had flashed one of the greatest tag teams in WWE history. The tag-team was none other than the Hardy Boyz consisting of Jeff Hardy and Matt Hardy. Triple H Fires ‘Several’ Big WWE Names

The wife of former WWE star Mike Kannelis was questioned whether she grew up a fan of pro wrestling. She also reflected on the incident involving the Hardy Boyz. She said:

“I was! I watched it with my brother when we were kids. I broke my brother’s nose while doing wrestling moves on him when we were little little kids and then I got back into it when I was in high school. I went to a show when I was like 19 years old and um there was a big window where the Hardy’s were and they were doing a signing. So my boyfriend at the time, put me up on his shoulders and I flashed the Hardy Boys because I was just so excited to be there!”

Maria’s returning run in WWE did not go well and the star was released from the company last year during the budget cuts amid the COVID-19 pandemic. She announced in December last year that she had joined Ring of Honor.