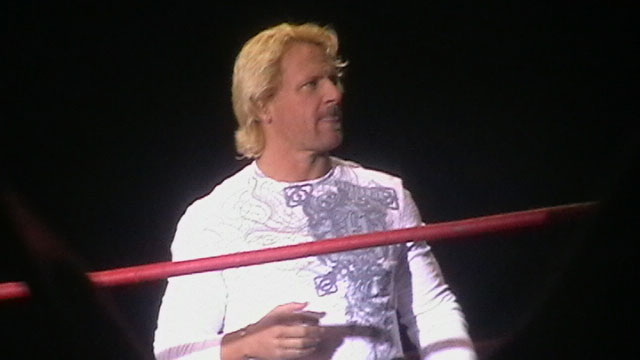 Double J himself, Jeff Jarrett, showed up for Smackdown Live tonight to discuss his journey back to the WWE. While he was there, he had a chance to reconnect with the friends he’s made in the business throughout the years, including WWE Champion AJ Styles.

Smackdown Live took place in his hometown of Nashville, Tennessee tonight, allowing the King of the Mountain to make a surprise appearance backstage.

While there, Jarrett also took time to talk about his last day in the WWE in Cleveland, Ohio, and the time it took for him to return to a WWE event in his hometown. This part of “WrestleMania Diary” can be seen below.