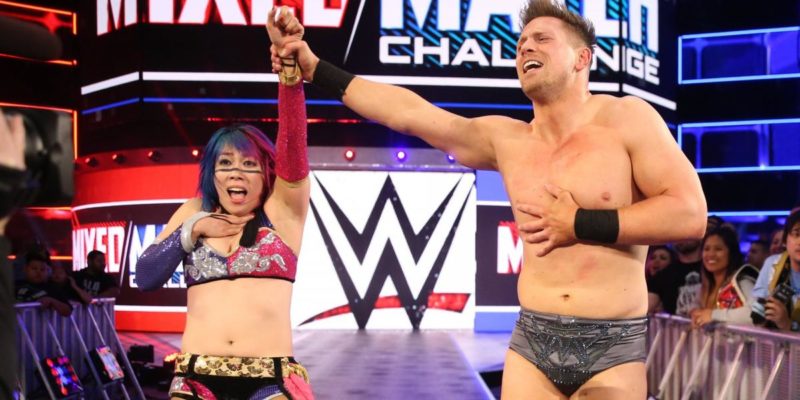 After 12 weeks of competition, the Miz and Asuka finally defeated Charlotte Flair & Bobby Roode in the finals of the Mixed Match Challenge and become the winner of the series.

Though this result is not very surprising as it was revealed earlier that Asuka’s undefeated streak is on the line in this tournament. Since WWE has been building her as an unstoppable force, their defeat wouldn’t have made much sense.

No word yet on if this was a one-time thing or we’ll see more web series being produced by WWE, but as we noted before Officials were not happy with the major drop in the viewership for the show after the premiere week.

So while there is a chance that the company may hold another similar series in the future, Officials pushing for one immediately after this is not a very likely scenario.

The duo has earned the right to donate $100,000 to their chosen charity Rescue Dogs Rock