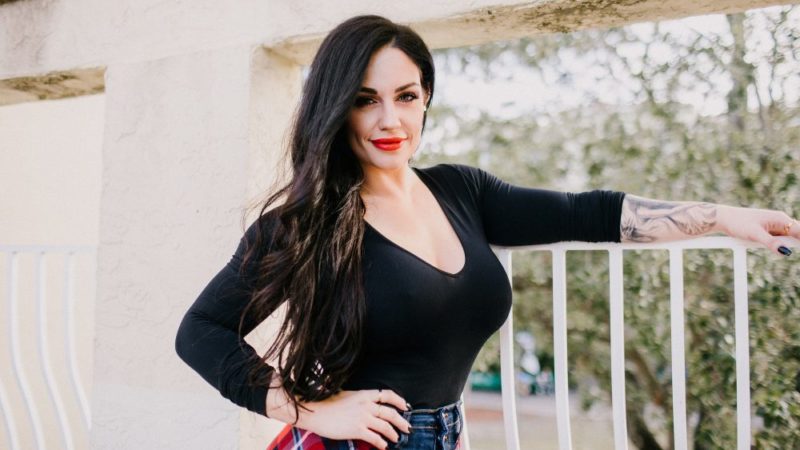 Thanks to Chris Van Vliet for sending in the following interview he ran with Celeste Bonin (aka former WWE Divas Champion Kaitlyn) at Coastal Championship Wrestling in Coral Springs, FL.

You can check out the full video interview below the transcription.

She hints at returning to WWE:

Now that CM Punk’s lawsuit has been settled, would AJ Lee return to WWE?

Would she have retired from wrestling in 2014 if she wasn’t getting married?

“Maybe, yeah. My life was in such a crazy place when I left WWE. I was getting married and I had this plan to start my company and I was just in a place where I felt like I had done a lot of really cool stuff with WWE and I was like alright next chapter. But looking back I feel like I could have done so much more but hindsight is always 20/20, right? I feel like I’ve grown tremendously in the last four and a half years as a person, as a wrestler and just in general.”

Does she read Internet comments about her?

“Anyone can sit at a keyboard and say anything and it can have no merit or it could be extremely accurate so you just kind of have to know that going into it. I know some people that will never read anything on the Internet about themselves and I know some people that read everything about themselves. I think you kind of have to find a healthy medium. When you engage, some people who leave negative stuff or inappropriate stuff are just baiting you. You have to know when to say ‘Delete. Block. Not worth my time.’ But if somebody has a valid point or a serious question or whatever, I think it’s worthwhile to respond and to interact with people who follow you. I think you just have to use your best judgement and it comes from experience.”