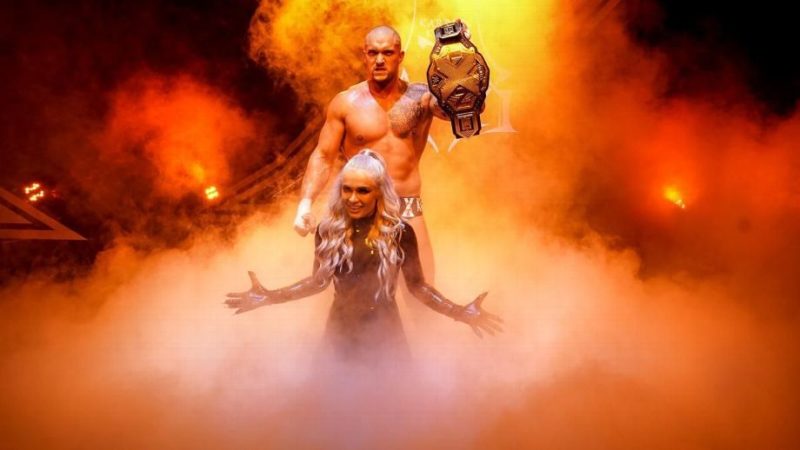 Karrion Kross missed WWE NXT tonight due to Santos Escobar canceling their match, because he appeared to be scared of him.

Santos Escobar would not accept the match against Karrion Kross, as it’ll be on ‘his time.’ William Regal said he better be here next week or he’ll be suspended, and his NXT Cruiserweight Championship will be stripped from him.

WWE NXT tweeted, “[email protected] may have avoided a match tonight, but he’ll face @WWEKarrionKross next week or he will be stripped of the #WWENXT #Cruiserweight Title AND suspended indefinitely, per @RealKingRegal!”

Karrion Kross tweeted, “This is a great way to piss me off.” Kross vs. Escobar is a non-title match, and it was meant to be the featured match for Wednesday’s NXT show on USA, as it was left off of Vengeance Day on Sunday. Triple H revealed a major Toni Storm botch at NXT Vengeance Day.

Kross later cut a pretaped promo, but didn’t appear live. NXT did start out hot, with Kyle O’Reilly calling out Adam Cole, saying he was his brother, but he’d have to hit him if he came to the ring. Roderick Strong and Finn Balor came out, but O’Reilly wanted Cole. Balor was then attacked by Pete Dunne, Oney Lorcan, and Danny Burch, leading to a brawl. Despite this big fight, Adam Cole did not appear in the opening segment.

This is a great way to piss me off. https://t.co/syASvCdvkt