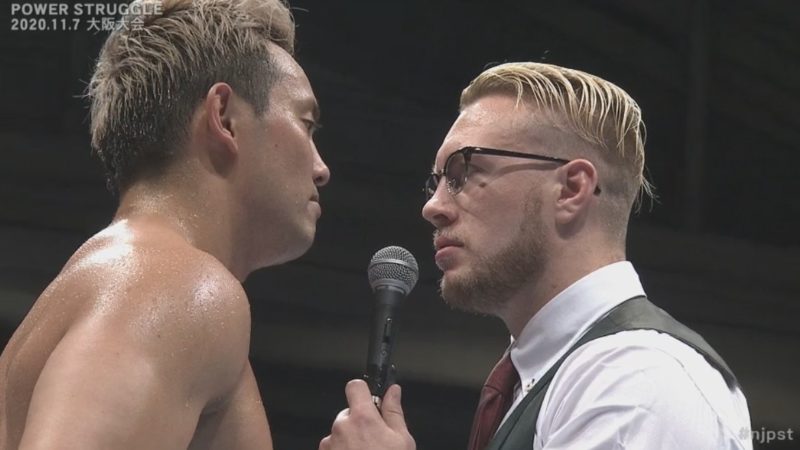 New Japan Pro Wrestling has announced a huge bout for the upcoming Wrestle Kingdom 15 event. WK 15 will be taking place on January 4th/5th from the legendary Tokyo Dome in Japan.

Former IWGP Junior Heavyweight Champion Will Ospreay made a huge challenge today to his former CHAOS stablemate, Kazuchika Okada. Ospreay stated that he wanted to face arguably the best wrestler in the world at Wrestle Kingdom in January, setting up this gigantic confrontation.

Post match Ospreay sarcastically congratulated Okada for beating ‘his test’, but went on to explain why he betrayed Okada to leave CHAOS. ‘I used you,’ Ospreay explained, to gain success and riches within New Japan ‘but the only way to top that success is by ending your career’. Ospreay made the challenge to Okada for Wrestle Kingdom, and Okada quickly accepted, with the promise to ‘crush you at the Tokyo Dome’.